What happens when a mask becomes the deepest truth, when a lie reveals the greatest love that was ever given?

Renaissance historian Joanna Valois and transgendered beauty Sara Falier take us spiraling into the past, from New York City during the Stonewall riots, to Venice under the Inquisition, and finally to Nero's Rome. In Venice, they find a sixteenth century heretical book and learn about the woman condemned to death for printing it. The book, a translation of an ancient codex describing the Crucifixion, shattered the lives of nearly everyone who touched it, and 400 years later, could still bring half the world to its knees. 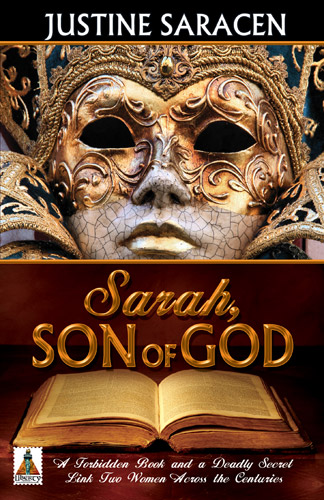 International Setting
Multicultural
World War II
Military
Women in Uniform
As the German Blitzkrieg brings the Soviet Union to its knees in 1942, a regiment of women aviators flies out at night in flimsy aircraft without parachutes or radios to harass the Wehrmacht troops. The Germans call them "Night Witches" and the best of them is Lilya Drachenko. From the other end of the world, photojournalist Alex Preston arrives to "get the story" for the American press and witnesses sacrifice, hardship, and desperate courage among the Soviet women that is foreign to her. So also are their politics. While the conservative journalist and the communist Lilya clash politically, Stalingrad, the most savage battle of the 20th century, brings them together, until enemy capture and the lethal Russian winter tears them apart again.
Read more
$4.99 ADD TO CART