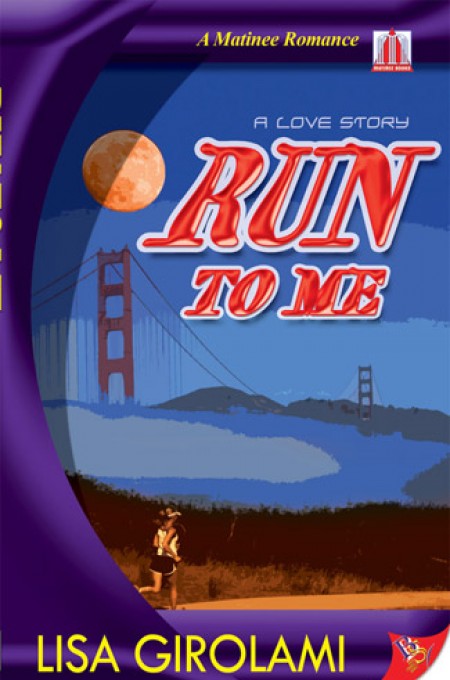 Burned by the four-letter word called love, the only thing Beth Standish wants to do is flee for—or maybe from—her life.

In the middle of the night Beth takes her favorite running shoes and a flyer for the upcoming San Francisco half-marathon, and drives to the City by the Bay. Hoping to escape the ruins of her relationship, Beth intends to run thirteen miles straight into San Francisco's famous fog. When an insightful woman named Alder Beckman comes to her rescue, Beth feels that maybe she's found the calm sanctuary she so desperately seeks. But Beth's calm is soon turned on its ear when she is pursued by an arousing and wild woman named Mary Walston, who has relationship ghosts of her own. It quickly becomes apparent that neither Alder nor Mary intends to let Beth disappear into the fog that easily. Will Beth be able to run fast enough to keep ahead of love, or will it overtake her in the home stretch? 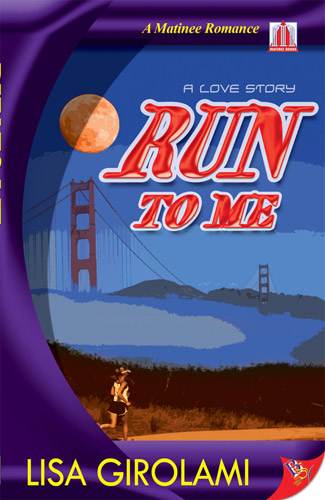 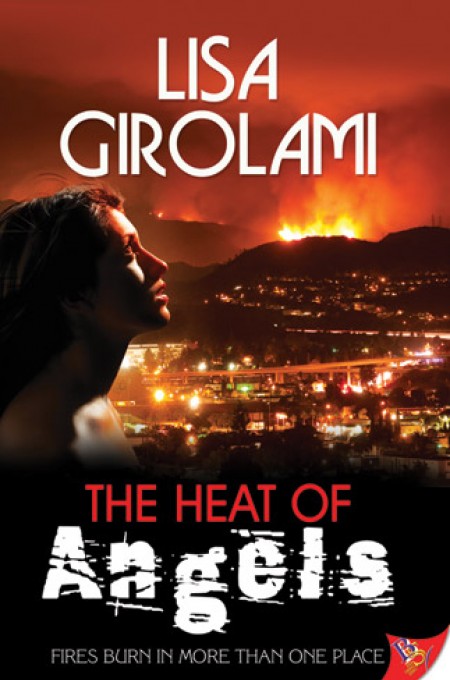 The Heat of Angels

In the City of Angels, K9 police officer Chris Bergstrom keeps herself safe by following her instincts. Across town, Sarah Pullman also lives by her instincts since that horrible day when her life was almost snuffed out. When they meet, their attraction is stronger than anything they've ever experienced. But Chris's black-and-white world view clashes with Sarah's all gray world of identity confusion and distrust. They'll need more than their gut feelings to navigate the fragile relationship they so intensely desire. Set against the turbulent backdrop of Los Angeles during fire season, Chris and Sarah struggle with the realities of their pasts and the necessity of defying their long-standing beliefs. In order to overcome their conflicts, they will have to step out of their self-imposed cocoons, take a real look at themselves, and find the strength to walk through the fire. 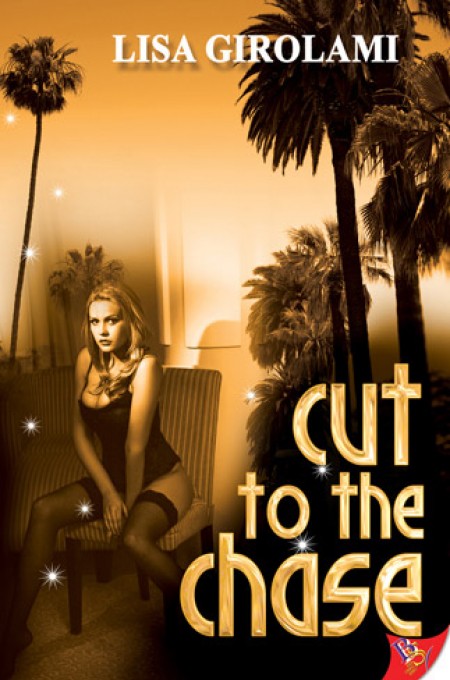 Cut to the Chase

While doing research for her third book about Hollywood, Paige Cornish meets Avalon Randolph, a sexy and wild actress who takes her on a rollercoaster ride right down the red carpet. Writing about Hollywood is one thing, but living it is quite another. Personalities clash and boundaries are crossed as they navigate their attraction for each other through the exhilarating but precarious world of money and fame.

Can Paige and Avalon reconcile their differences and find a happy middle ground in a town that never lives in the middle? 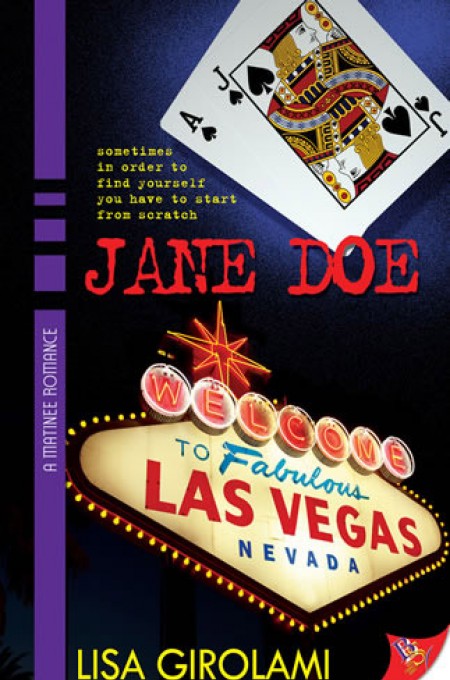 Sometimes a brief getaway where no one knows your name can change your life.

Emily Carver is an inhibited, small town woman who, against warnings from her family, takes her first trip to Las Vegas. On her first night there, she is mugged and saved from worse trauma by Royal Wooten, an independent, assertive woman, and a virtual opposite of Emily.

With no money or identification and unwilling to go home and face her "I-told-you-so" family, Emily decides to stay in Las Vegas and rebuild her stolen finances. But what she actually rebuilds is her entire life. She even gambles on a chance for true love and discovers that sometimes in order to find yourself, you have to start from scratch. 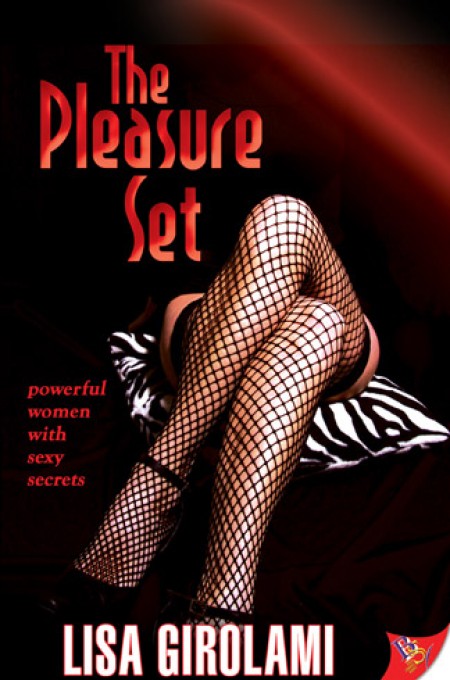 Though Laney DeGraff is a successful president of a family-owned bank on Rodeo Drive in Beverly Hills, she can't seem to feel happy about anything. Then she meets Theresa Aguilar, a sleek, sexy lawyer, and is invited to join an exclusive group called the Pleasure Set, a privileged society of powerful women whose sexy goings-on remain steadfastly secret. Soon Laney finds out that what is really happening within the Pleasure Set is not only dangerous, it's lethal.

Suddenly in too deep, Laney realizes that to leave the group would be deadly so she reaches out to Detective Sandrine Girard, an honest cop with a flawed past, who arranges to have her go undercover in a delicate operation to not only catch Theresa but to save Laney from both career suicide and certain death. But the intense attraction that grows quickly between Laney and Sandrine threatens to expose them at the most critical juncture in the sting.

Some people would kill to get into the Pleasure Set. But Laney just wants to get out alive. 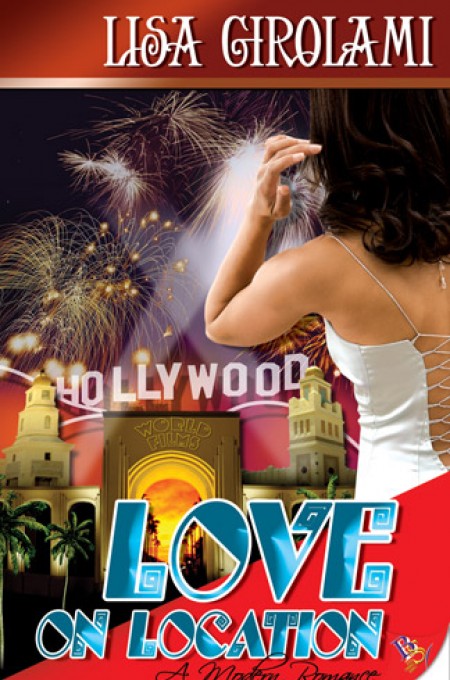 Power, money, and fame spell happiness—at least in the movies. Hollywood film producer Kate Nyland has it all, including her gorgeous movie star girlfriend, Hannah Corrant. Amid the excitement of shooting multimillion dollar movies and being photographed by the ever-present paparazzi after a glimpse of Hannah, Kate is reminded continuously that her life couldn't be better. That is, until she arrives in Florida to begin shooting her next film. There she meets Dawn Brock, a beautiful, deeply spiritual artist, who sets off sparks that Kate can not allow to ignite. But just how can she quell what burns so intensely and seems impossibly unavoidable? And what will happen when Hannah arrives in town for the movie shoot? From behind-the-scenes rendezvous to center stage passions, Kate discovers that love on location doesn't always follow the script.