True Crime Behind the Novel

Since the May release of my latest novel, Forsaken Trust, I’ve had questions from readers about the crimes featured at the core of this book (Yay! Thanks for reading and for the great questions—keep them coming!)

Forsaken Trust, the second book in the Luce Hansen thriller series, is about a serial murder case in Wallace Lake, Ohio. Four women have been found dead, all with a matching tattoo. The tattoo isn’t the only element that connects the victims; these women have also been known drug addicts at some point in their adult lives. Special Agent Luce Hansen of the Ohio Bureau of Criminal Investigation, Dr. Harper Bennett, and the rest of the team must determine if the serial killer is targeting women who are addicts or if it is simply a disturbing coincidence.

While Forsaken Trust is a work of fiction, as is the town of Wallace Lake, the crimes at the center of this novel are not. The opioid crisis rages wild in Ohio, and when it came time for me to research opioid abuse for Forsaken Trust, I didn’t need to look far. My hometown of Dayton, located in Montgomery County, is regularly named the top city/county suffering from the opioid crisis that continues to plague the nation. Dayton/Montgomery County has become synonymous with opioid and fentanyl overdoses in the media, even garnering a photograph portfolio by Philip Montgomery and Margaret Talbot in The New Yorker’s October 30, 2017 issue.

It’s hard to find anyone living in Montgomery County who doesn’t know someone who has suffered from opioid addiction or died from it. Reverberations of this crisis are never far—regular updates on the county’s Naloxone shortages and the overdose death rate headline the local news and papers. For a while, that’s all the crisis meant to me—updates on my local Twitter feed and discussions about the issue with friends and neighbors. Then, just like so many others living in Montgomery County, the crisis closed in. I have learned about grade school friends and a neighbor who have since passed from opioid-related deaths. My oldest friend’s brother recently passed from an overdose of a cocaine and fentanyl mixture. And, this past March, a pilot and his wife were found overdosed by their eleven-year-old child not far from my home, catching national headlines. The couple became part of the grim statistic (over 3,000 drug overdose deaths in the state of Ohio in 2016) that has led to an overload in the Montgomery County Coroner’s Office that resulted in the storage of some bodies in refrigerated trailers (https://www.cbsnews.com/news/ohio-coroner-runs-out-of-room-for-bodies-spike-in-opioid-deaths/).

There are many complicated reasons for the overdose rate in Montgomery County and why people are abusing opioids in the first place. Theories abound, and I don’t want to get into those here. I am no expert on opioids or drug abuse—only a writer who wanted to feature some aspect of these enormous issues in her work.

Through my research, however, I became convinced that the ones forgotten in this tragedy are the children left behind. They are the voices that have so much to say but aren’t always given the chance. I wanted to give these children a voice in the novel. After Luce Hansen and the forensic pathologist, Dr. Harper Bennett, solve the serial murders in the book, they don’t walk away and leave the people of Wallace Lake to deal with the aftermath alone. When Wallace Lake County decides to build a teen center dedicated to the education and support of its young people, Hansen and Bennett become a regular presence at the facility. The center offers children help with addiction issues, health and education classes, as well as support groups for the victims of the opioid crisis. Hansen and Bennett participate by leading outdoor adventures with the teens such as kayaking, hiking, and skiing. They also become mentors to teens like Ava Washington, the young woman who finds two of the dead women, and others at the center in need of a listening ear. As Hansen sees it, her presence, along with others in law enforcement, is vital for change to occur in the Wallace Lake community.

I am not so naïve to think Forsaken Trust and a new teen center in this imagined town will make a difference in the opioid crisis. Fiction, of course, has its limits. But fiction has always been a space to examine real-world problems and to foster continued dialogue while investigating possible solutions. It’s my hope Forsaken Trust will offer some readers the space to do just that. 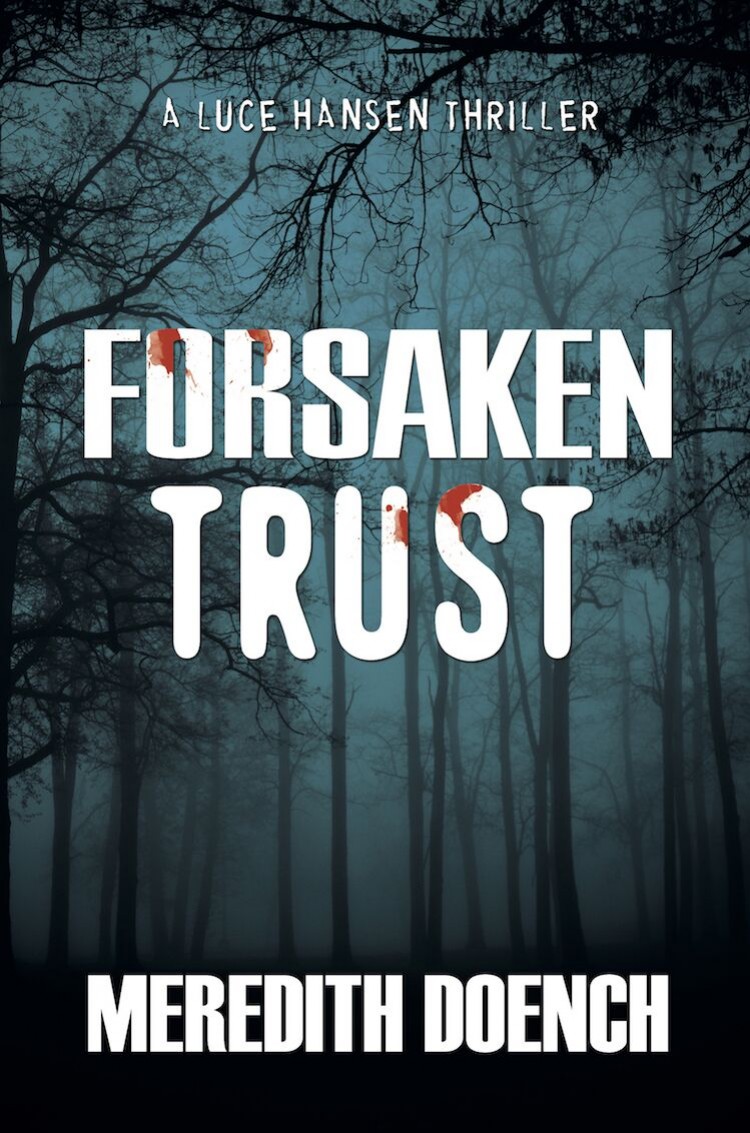 True Crime Behind the Novel