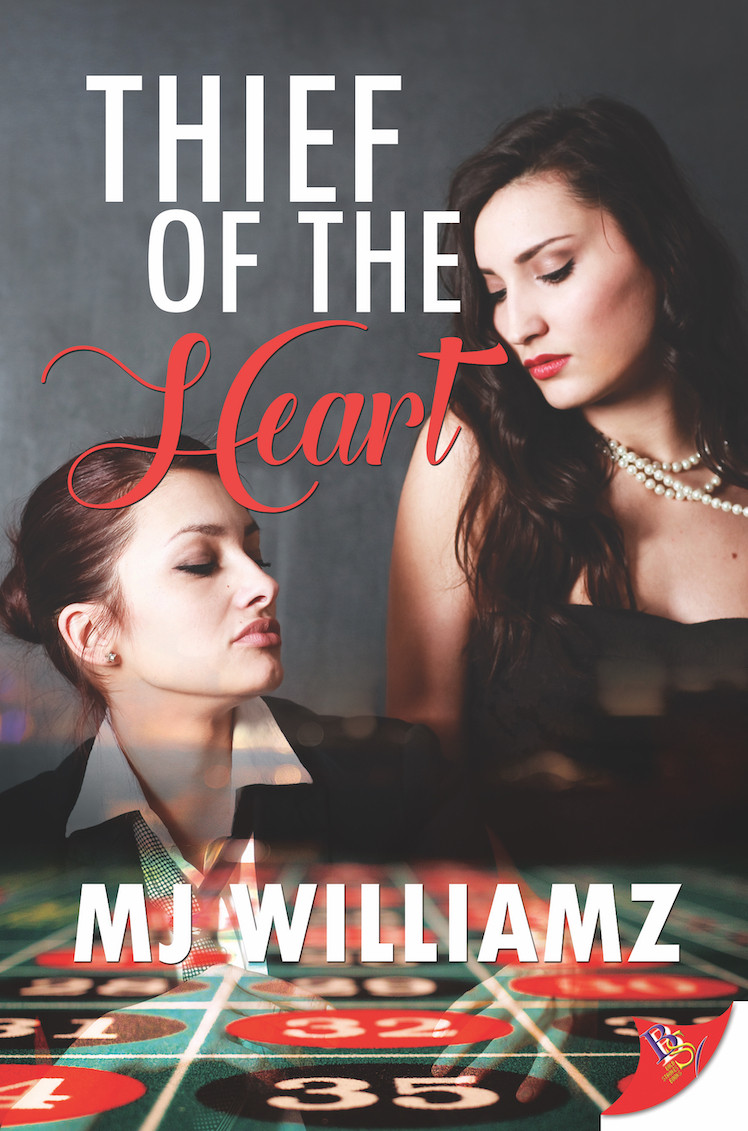 Thief of the Heart

Hanson loves three things in life: roulette, priceless gems, and her globetrotting lifestyle. She makes a living seducing rich woman in casinos and relieving them of the expensive jewelry most won’t even miss. But her streak ends when she meets beautiful FBI agent Savannah Brown.

Savannah is determined to catch the infamous international jewel thief and suspects Kit after observing her in the vicinity of multiple thefts. She has to get close enough to catch her, and that means posing as her mark. She’ll let Kit seduce her and make the arrest when Kit steals the diamonds in the FBI sting. Savannah just has to stay focused on her assignment and not let sexy, charming Kit become a distraction.

Kit expects the plan to unfold like any other. A little sex. A little theft. No big deal. She doesn’t expect Savannah to steal her heart. 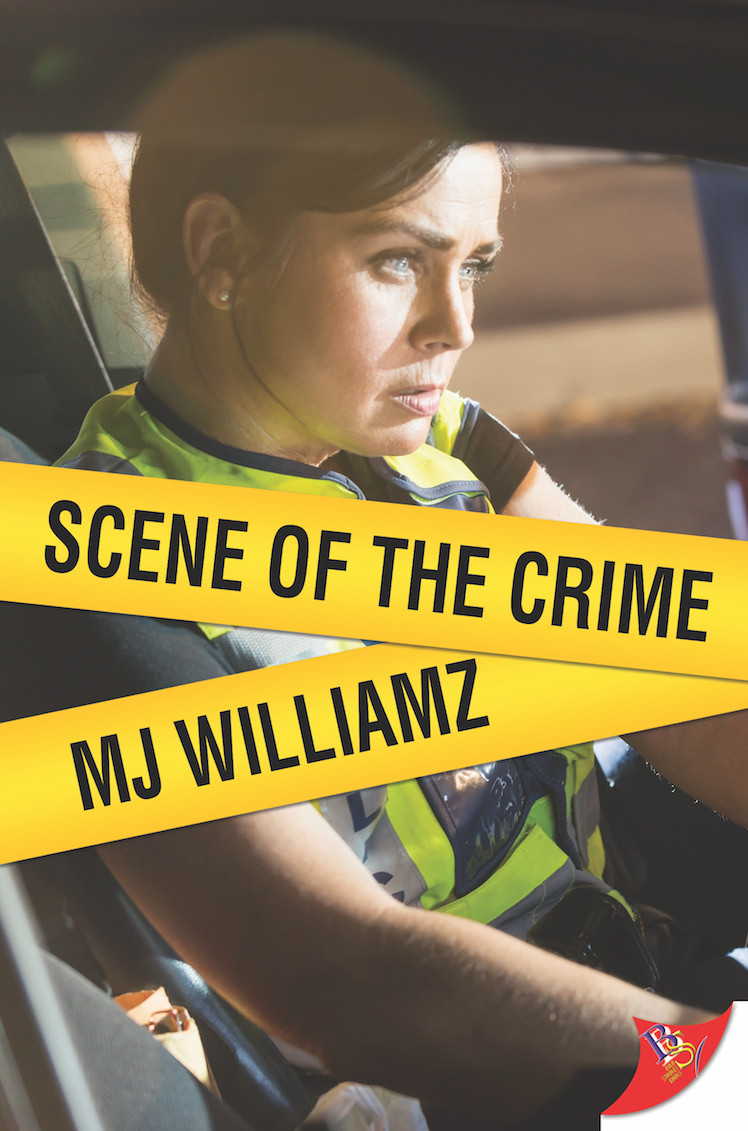 Scene of the Crime

Cullen Matthews is strong, steady, and dependable. She has the perfect life and a perfect woman to share it with. Her dreams come tumbling down when Cullen is blindsided by her girlfriend Sara’s arrest and she learns their whole relationship may have been a lie. Still, she loves Sara and believes she’s innocent. Cullen isn’t going to leave her when she’s down.

Julia Stansworth is the detective assigned to Sara’s case. She knows Sara is not only a cocaine dealer but a murderer as well and is determined get justice for Sara’s victim. Cullen can hardly believe how much Julia has changed. The girl she had a crush on in high school is investigating Sara for murder. Caught between the girlfriend she thought she loved and can no longer trust and the gorgeous detective who will stop at nothing to bring Sara down, Cullen learns that love doesn’t always follow the letter of the law. 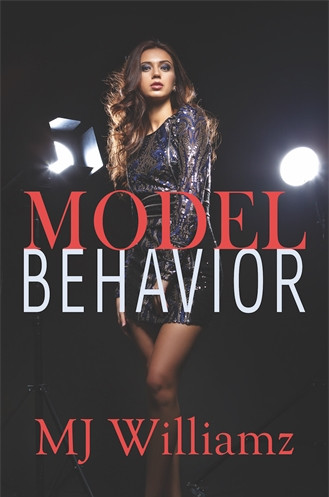 Fashion photographer Ronnie Mannis loves women. She loves to photograph them, and she especially loves to sleep with them. But when she meets model Lana Ferguson, she knows she’s found the one for her. Lana has never been happier, and this time it could even be love.

Ronnie is finally ready to settle down, but her ex, Whitney LaRoche, isn’t going to accept that she’s moved on. When Whitney’s jealousy ends in an attack that leaves Lana disfigured, Lana's world comes crashing down. Her career is over, and life as she knows it changes forever. Certain that Ronnie, surrounded by the world’s most desirable women, couldn't possibly want her now, Lana pushes her away.

Despite her guilt over the price Lana has paid for her past mistakes, Ronnie vows to convince Lana she’s just as beautiful as ever in all the ways that matter most. 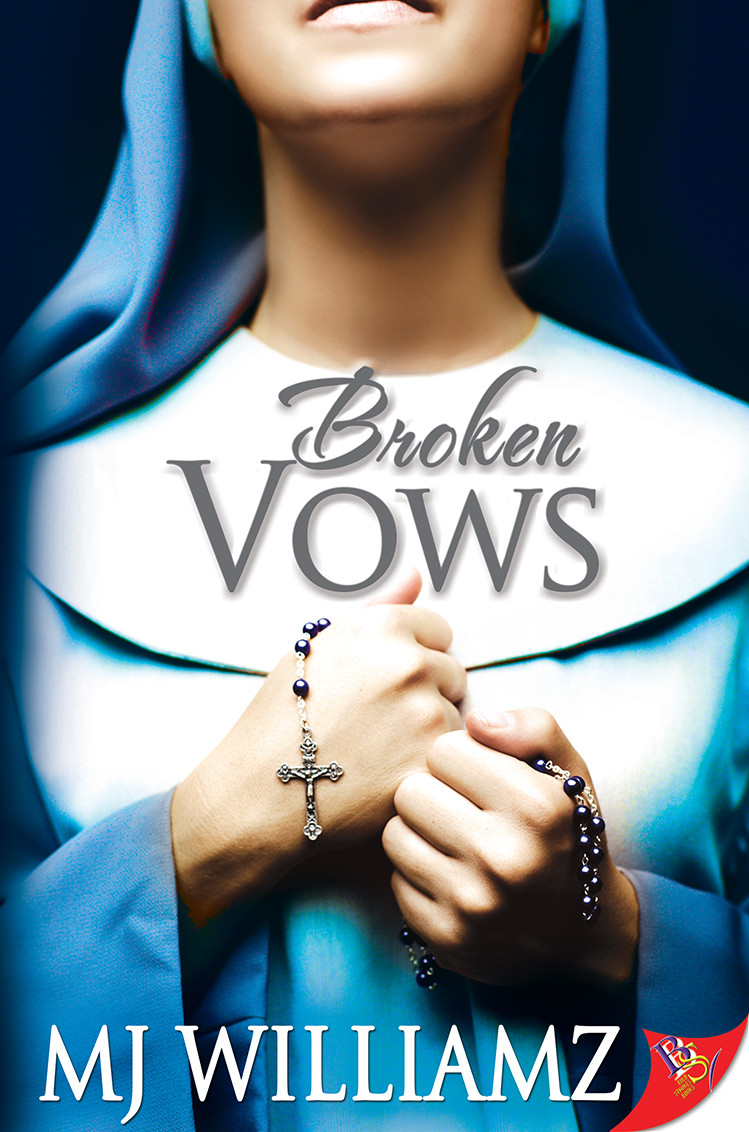 Sister Mary Margaret has been a devout nun for twenty years and has never questioned her devotion to the calling. But when she develops a crush on one of her parishioners, Maryann Foster, the passion between them is irresistible and her vow of celibacy isn’t enough to keep them apart.

But can she love both Maryann and the Church? She prays for an answer, only to question whether God has truly given her a sign or if she is just afraid to leave the only real home she has ever known.

Mary Margaret must reconcile her divided heart or risk losing a love that just might be heaven sent. 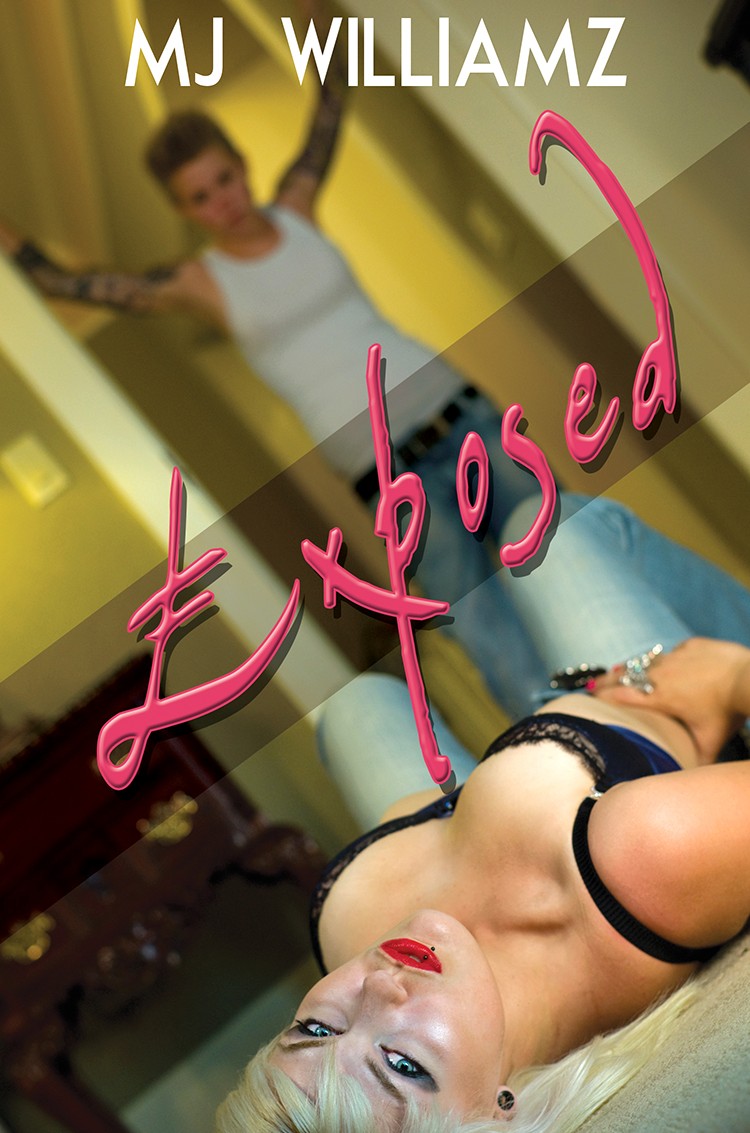 Animal Control Officer Randi Hansen was blindsided when her girlfriend left her for a smooth operator. Determined to keep her heart safe, she never takes home the same woman twice. A recent transplant from San Francisco, Eleanor Bremer’s struggling to make a life for herself in small-town Florida. She’s determined not to risk her teaching position, and fears coming out in a town much more conservative than she is used to.

When Randi rescues Eleanor from a rogue alligator sneaking into her backyard, she’s immediately drawn to the beautiful damsel in distress. But she refuses to live in secret. Eleanor must decide what matters most or lose her chance at love. 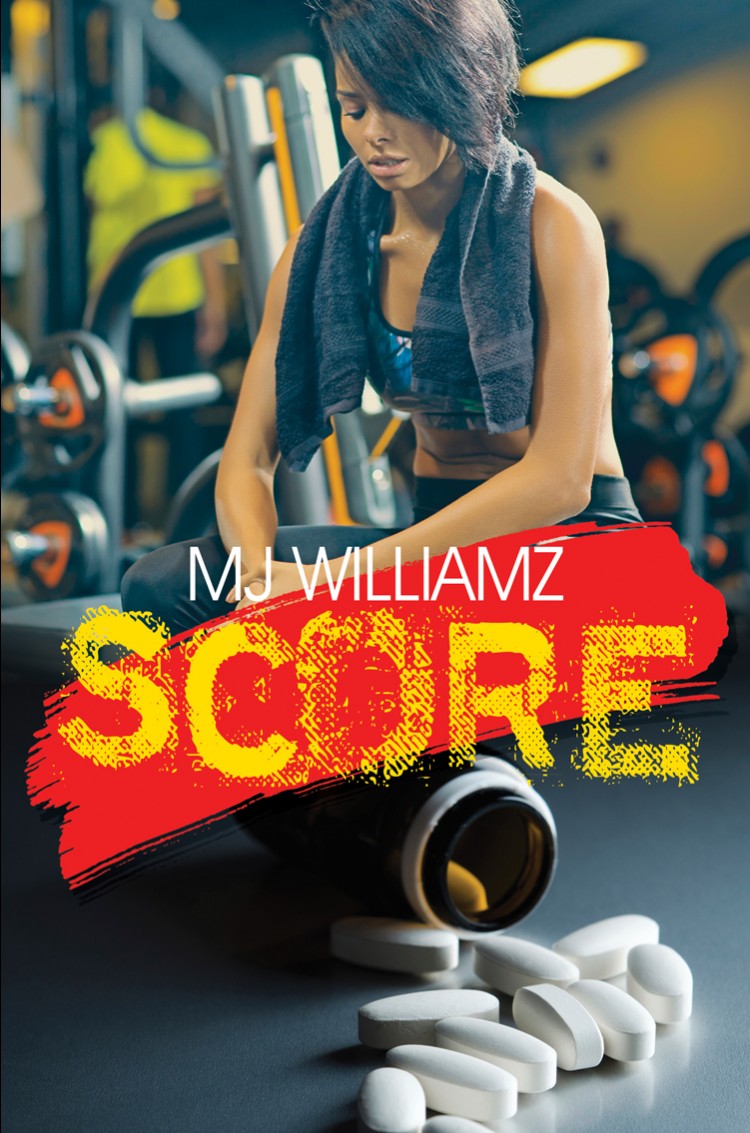 Ronda Meyers plays cornerback for the Texas Stars. She’s the league MVP, and she plays hard both on and off the field. Ronda’s life is going great until she gets a devastating injury in the second game of the new season.

Gayla Adkins is Ronda’s assistant and part-time lover. She takes care of Ronda after her injury and does her best to nurse her back to health. In the process, they discover love. They’re very happy until Gayla suspects Ronda of becoming addicted to her pain pills. She gives Ronda an ultimatum—get off the pills or lose her.

Is Ronda strong enough to kick her addiction? Or will she choose the easy way out and lose Gayla? 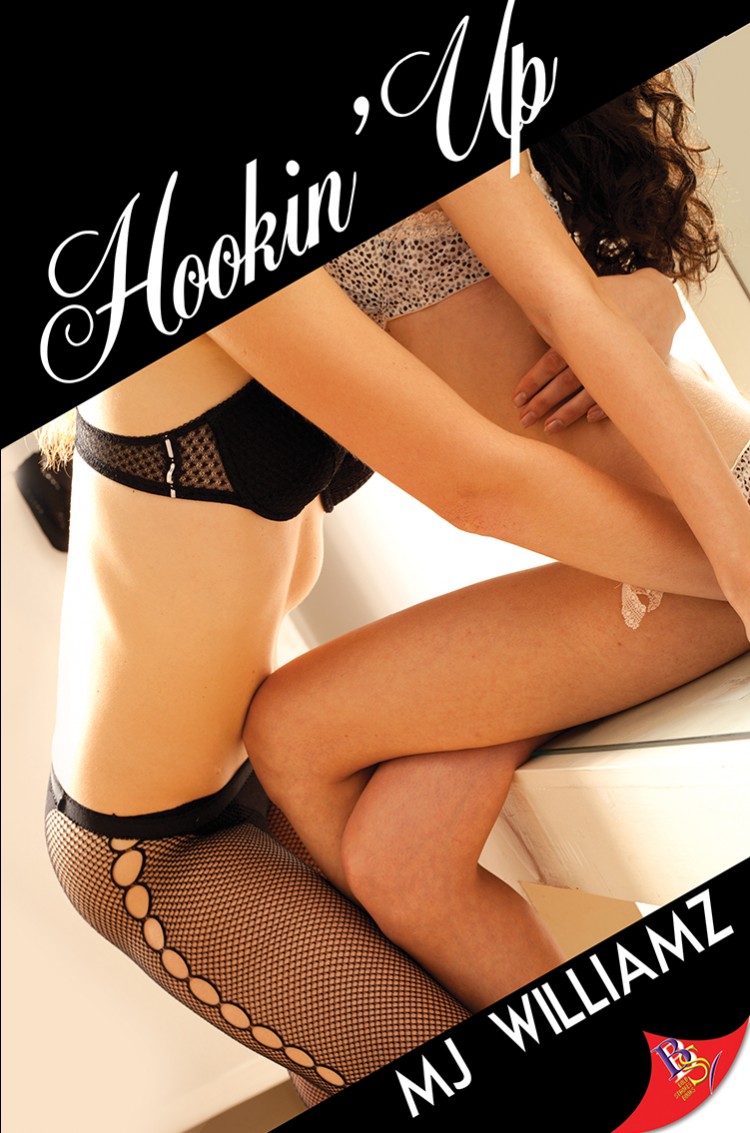 Leah Davis has just been dumped by her partner of five years. The reason? Leah is no good in bed. She decides to learn to be a better lover by meeting women on a lesbian hookup site. Dillon Franklin is Leah’s best friend and co-owner of their bar. She is also secretly in love with Leah. She is adamantly against Leah’s idea to hook up with numerous women in an attempt to learn to be a better lover. She knows she could teach her but is afraid of ruining their friendship. Eventually, Dillon gives up on Leah and starts dating Stephanie. This causes Leah to grow insanely jealous, but she can’t understand why. Will Leah stop her string of meaningless encounters to pursue Dillon? Or will they grow apart and never find true love? 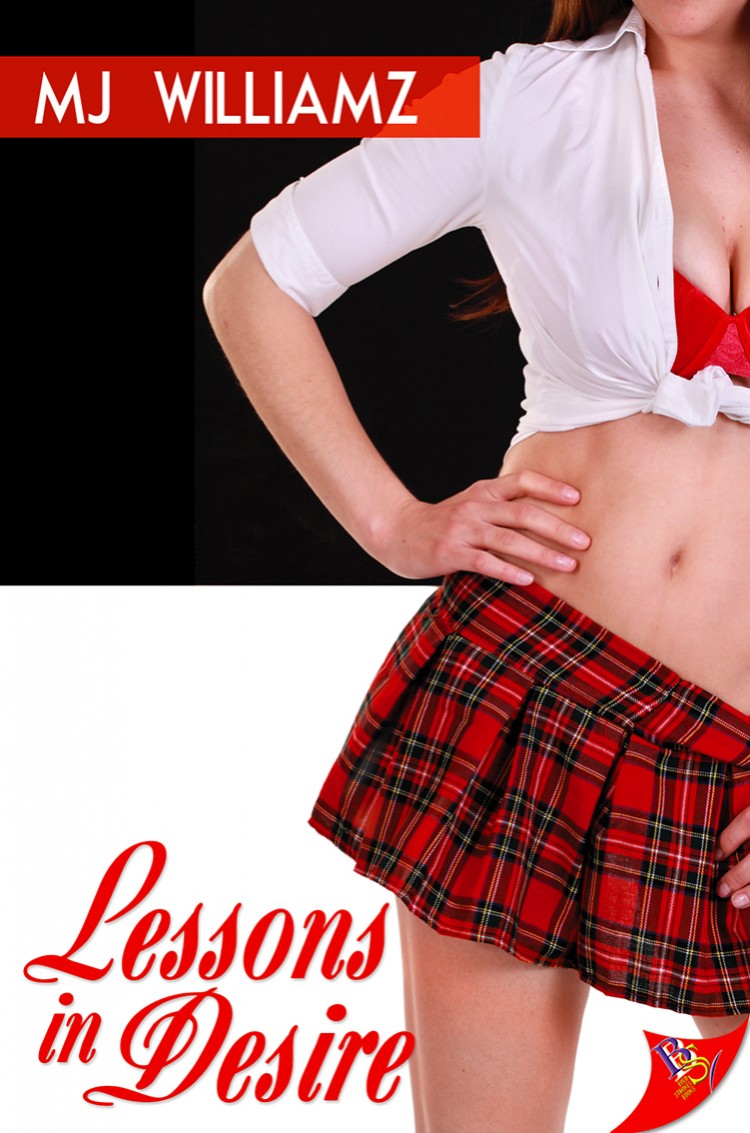 Crockett Devine is a butch playboi and assistant professor of English. She wants forever someday, but not today. Until she meets Gina, her wingman Melinda’s TA, and sparks fly immediately. They’re falling hard and fast for each other until fall semester starts and it looks as if they’ll crash and burn. When their hot and happily ever after is cooled by academic politics, Crockett insists they see other people despite Gina’s protests.

Will they be strong enough to withstand the temptations of their unwanted lessons in desire? Or will they give in and lose each other for good? 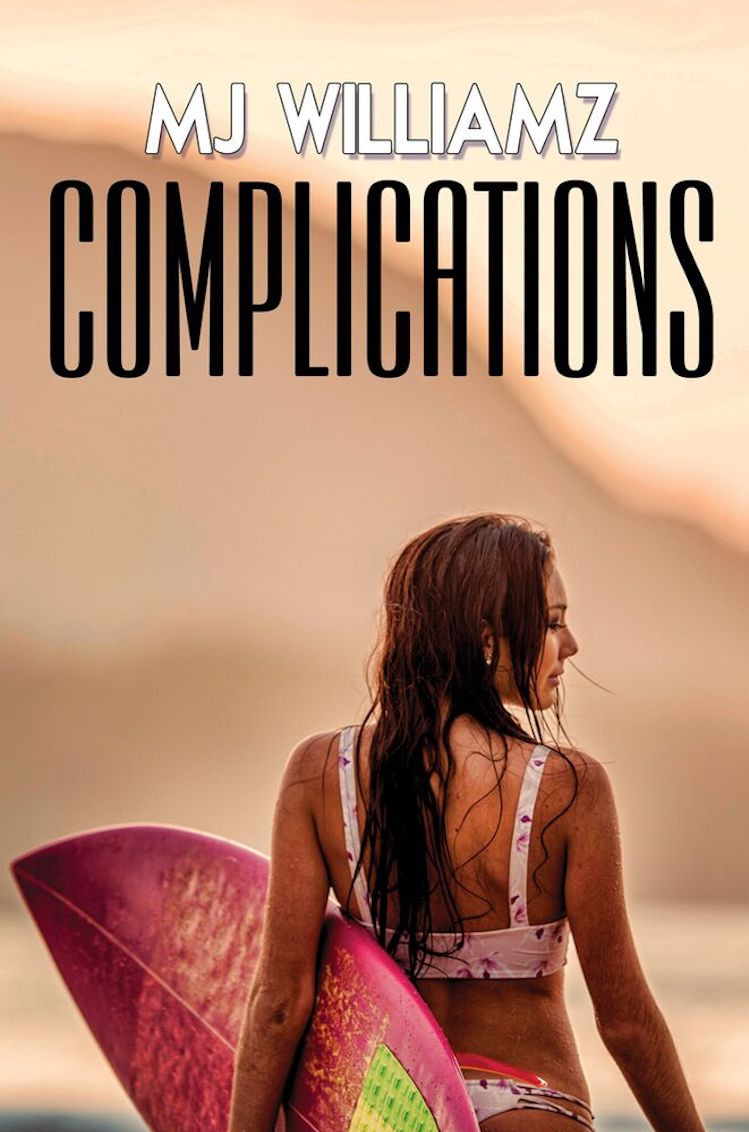 In this sequel to Escapades, Mel O’Brien has a string of bad luck with women but is determined to take another chance with Susan Maloney who’s new to the women’s community in which Mel lives. Susan Maloney moved to Maybon Tir looking for a new start after a bad breakup. She is determined to stay single and happy.

Things seem to be going Mel’s way until Susan’s ex, Dorinda, shows up in town, determined to take Susan back. Will Mel be able to win Susan’s heart? Or will she crash and burn once again? 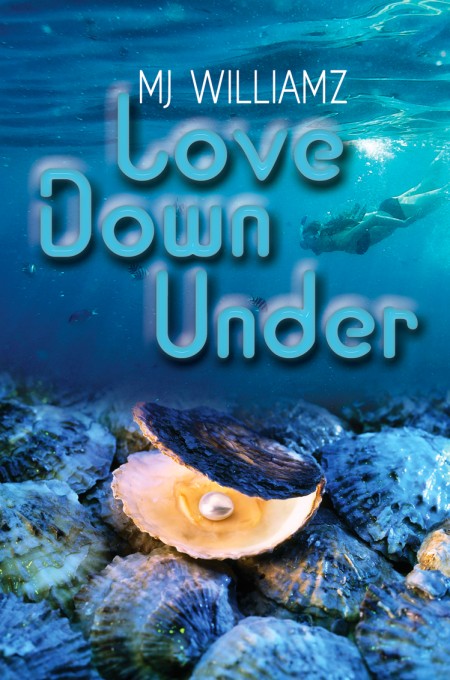 Wylie Boase is the consummate womanizer. She’s smart and charming and women love her, but she’s never found anyone who makes her want to stick around. Until she goes to Broome, Australia. She feels an immediate attraction to Amarina, the woman who manages the hostel where Wylie’s staying.

Things are great between them, except Amarina isn’t out to her family and Wylie is terrified she’s going to out her unintentionally. Wylie tries to explain to Amarina that she needs to leave before she does something to hurt her, but Amarina thinks she’s just leaving to leave.

Life is hell without Amarina, so Wylie returns to Australia. Will Amarina take her back or is her heart too broken to recover? 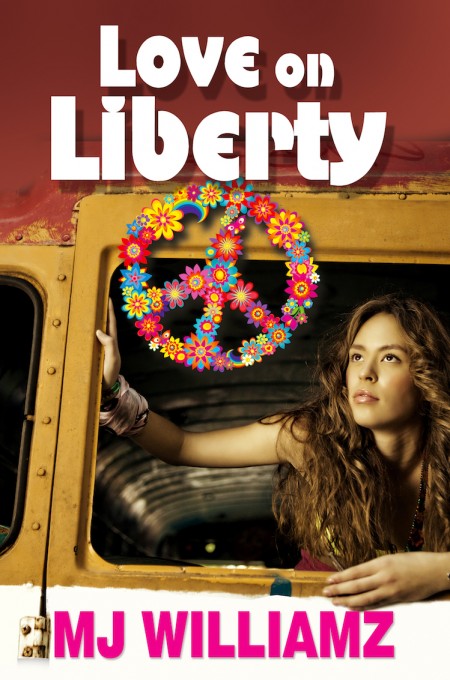 The year is 1969 and passions run high. You’re either for the Vietnam War or you’re not. Tommy Benton is decidedly not. She lives on a commune and demonstrates against the war every chance she gets. She considers those fighting the war to be baby killers. Dolly Samson is a nurse on a Navy ship, and she tends to the sick and wounded. When she goes on liberty, she meets Tommy and the attraction is instantaneous. They burn hot for each other, but how long can that flame last given their differences? And when liberty is over and Dolly goes back on the ship, will Tommy stand by her? Or will their political differences destroy any hope for happiness? 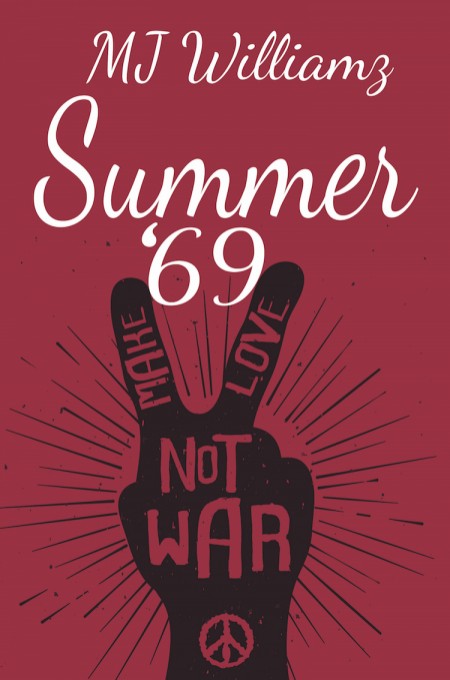 It’s 1969 and the Vietnam War is in full swing. Tommy Benton and the others on her commune are vehemently against the war. Tommy divides her time between organizing and leading protests and enjoying the love of different women on the commune. She’s passionate about two things: free love and protesting the Vietnam War.

When the Fourth of July rolls around, Tommy leads the people in her commune, as well of thousands of others, in a peaceful demonstration. After, she enjoys the party atmosphere that consumes the commune. The following day, a reporter shows up to interview her. He promises to submit his article to the bigger, national papers, and Tommy feels that she’s finally making a name for herself on the national scene as a leading activist.