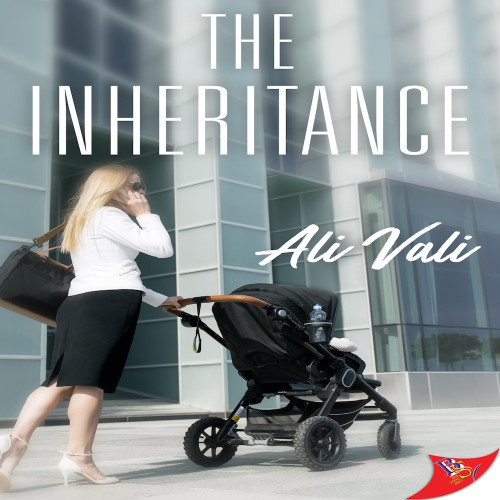 One of the most frequently asked questions I get when I have the privilege of meeting readers is: Where do you get your ideas? Sometimes they come from the firsthand knowledge of how easily a pressure washer will slice someone’s hand open, or from the people who helped me cultivate an interesting, if not wicked, imagination.

As most of you know, I wasn’t born in the US—I’m one of those damn immigrants Trump likes to bash at his rallies. I was born in Cuba, arrived in the US at the age of five, and became a citizen when I was twelve. From our first day here, my parents tried their best to adopt the traditions of their new country, so my brother and I would start our journey to becoming Americans. Well, Americans with our own special twist on things, especially when it came to the holidays.

The first big holiday after arriving in 1968 was Thanksgiving, which in most of America usually means turkey, dressing, that horrid green bean casserole from hell, and sweet potatoes. The emphasis in that last sentence is usually—as a matter of fact, underline it and make it bold. My mother’s twist on the Thanksgiving meal was a little different but could totally be an episode of One Day at a Time—the modern version.

It started after a few of Mami’s friends explained the very few virtues of the large bird that’s the center of any table. The Cubans who came before us tried it and exclaimed loudly and with feeling, “No me gusta!” Mami quickly surmised turkey and dressing were as dry as the Sahara, green bean casserole should be banned from existence (I’m with her on that one), and sweet potatoes didn’t exist in Cuba so those would take more time to warm up to.

Hamburgers, hot dogs, and pizza also made up Mami’s list of foods that would take time to make a final verdict on—peanut butter never made the list, so I was in college before I first tried it. Girl Scouts were also a no-no after Mami deemed it a communist organization. I believe it was the rah-rah excitement over the cookie sales and the green uniforms. In her opinion, you did not become a strong woman and an independent thinker dressed like everyone else in a bad shade of green. I’d like to think I’m a strong woman who can think for herself, but those Thin Mints are addictive, so no judgment on scouting as a whole.

So, back to Thanksgiving. Our first Thanksgiving consisted of turkey fricassee, black beans and rice, and yucca smothered in my mom’s homemade mojo. The menu was unique, but my mom did embrace the spirit of the day of giving thanks for family, friends, and the blessings in your life. It was the four of us around the small green Formica table that came with the furnished apartment in the absolute worst part of town.

We came to the US with the clothes we were wearing and nothing else. We had fricasseed turkey and not a lot of money, but we also had each other, as sappy as that sounds. That close bond didn’t change in the years that followed.

Many things did change—take the turkey, for one. My father figured out if you stuffed it with two pounds of bacon and injected it with my mother’s mojo it wasn’t dry at all. Christmas was the traditional Cuban roasted pig with all the trimmings on Christmas Eve, followed by Chinese food on Christmas day. In Cuba you get your gifts on Kings Day in January, but Mami embraced Santa so we didn’t have to wait to open gifts. This little glimpse into my childhood explains that we had our own spin on all the special days, but through it all it was always the four of us making our own traditions.

My brother and I served as my parents’ interpreters until they learned the language, and he was the one who helped me with my English and my homework, and did everything else it took to be a good big brother. Believe me, English is tough sledding as a second language, and not catching on right away was the reason I flunked the first grade. Academics weren’t my problem—it was that I had no clue what the old nun was going on and on about until February of 1969. Then, tutoring from a nun from Honduras, my brother, and Superman comic books finally unlocked the English language for me.

I didn’t see the true blessing of that unfortunate personal failure of the first grade fiasco until my senior year of high school. Things were different then, and the drinking age in Louisiana was eighteen, baby!—which I turned in September of my senior year. That widely known fact made me a very popular kid in school. My ID was legit.

In keeping with taking his big brother job seriously, my brother talked my parents into allowing him to throw me a surprise party for my eighteenth birthday. Mami agreed to about twenty people and to letting him take care of all the details. A word of advice here. If you’re the parent of two, let’s say, precocious children, never, and I mean never, allow them the handling of details without knowing what those details are.

The first things on his list of stuff for the party were two very large new garbage cans full of Jungle Juice. What is this Jungle Juice you speak of, you ask? Think a lot of different types of clear alcohol mixed with red fruit punch. It’s a sneaky bastard of a drink that goes down smooth before knocking you over, like getting hit by a truck.

Twenty people morphed into about two hundred, and there were drunk people in my mother’s bathtub, bed, and pretty much all over the neighborhood. Believe me, there’s no way in hell you could have a party like that now, not even in a party town like New Orleans, and not get sued. That night, though, was his gift to me. And. It. Was. Awesome. It was so epic, pictures from that night made my high school yearbook, and people were still talking about it at my last class reunion.

That’s who my brother was. He loved being around people, having a good time, fishing, doing good for others, and his sister. He was also loud, funny (sometimes in very inappropriate ways, which only made him funnier), and could use the word fuck as a noun, verb, and adjective. That party was only one of the many memories of him I love thinking about, and that in a nutshell explains why he can never be replaced. There are a lot of people who agree he was one of a kind, and that was usually followed by a story that couldn’t be told until after his death.

Losing my parents rocked me to my core, but nothing prepared me to stand in a hospital room and watch my brother’s heart monitor slowly ebb away to a flat line. Suddenly the original four was just me, and all I felt was profound loneliness.

I spent the next year in a fog of confusion over how this could’ve happened. We had trips to take, fish to catch, and so many more memories to make. He was the first person I trusted to come out to, we kept each other’s secrets, and we had each other’s backs. Then, poof—it was gone, and all that was left was shock and pain with a healthy dose of anger.

What I learned over the last ten years after my mom died, followed by my father, is that there are different ways to handle grief, but the best way is to bleed it on the page. I thought about who my brother was and what he would find funny, and the rest came easy. Wherever he is, I’m sure he’s laughing his ass off that he gave me the inspiration to write The Inheritance. It’s him, wrapped around an embellished fish story.

My brother was full of stories, an adventurous streak as vast as the Gulf, and life lessons. One of his most popular subjects to talk about was living life to the fullest every day you are given. His life was short, but he did that, no matter what he was doing. He enjoyed every single moment he was here until his very last night, which, believe it or not, included loud music, dancing, and a vat of—you guessed it—Jungle Juice. He had a party for a hundred of his closest friends during Mardi Gras, and four hours after it ended, so had his journey here with us.

It took me a while to remember all those good times, and to concentrate on the happy memories. Hopefully you have that one person in your life who teaches you the true meaning of asking forgiveness instead of permission, because life’s way more interesting and fun when there’s no fucking permission in the equation. I did, and I loved him dearly every moment class was in session.

So if I’m sure of one thing—if there’s a heaven, a big corner of it has vats of Jungle Juice for the crowd he’s gathered, the music’s way too loud, and he’s dancing his ass off. Hopefully after reading this you know a little of who my best friend was, which answers the question of where I get my ideas from. Compared to his, my imagination could use a little expanding, which will only lead to more stories that have to be told.

Thanksgiving is a much quieter affair now, but the memories will live on forever in those stories. My dad taught us the importance of keeping our word, working hard, and seasoning turkey so it isn’t boring—as well as the wonders of bacon. My mother instilled in us an adventurous soul, and that wicked imagination. It had to come from somewhere, right? My brother and I took each lesson to heart, and I’ll do my best to continue the traditions now that the four is just me.