Dena: It was by total coincidence that we all had books come out this month highlighting women involved in sports not often associated with women athletes. Boxing, hockey, and NASCAR racing are not the norm for most women.

Dena: When I write, I first try to find a subject where I have at least a little bit of experience. It doesn’t always work out, but I try. I got the idea for Racing Hearts years after I’d spent time at the track, and I’m not gonna say that Danica Patrick didn’t have anything to do with it. Can you tell us where you got the idea for writing a book involving this sport?

PJ: I’ve been an ice hockey fan for as long as I can remember, and I always wanted to write about a female hockey player. The Olympics this year really inspired me to finally do it.

Jessica: I’ll admit that I’m a fan of reading about boxing more than watching boxing. One of my favorite books is Bryce Courtenay’s The Power of One. He made boxing sound poetic and fierce, beautiful in its ugliness. He very much wrote about boxing from inside the fighter’s head and I was inspired to do that with my main character in Shadowboxer.

Dena: I have experience with racing as a fan. I watched my first race in the pit at Sonoma Raceway during a Grand Prix race called the Camel GT. I was in my early twenties at the time and spent more than one weekend losing my hearing and getting sunburned at the track. Have either of you had any experience with this sport before or did you learn as you wrote?

PJ: I never learned to ice skate—I tried a few times, but never got the hang of it—so I too only have experience as a fan. I went to every home game, and quite a few road games too, for the Portland Winterhawks between 1983 and 1993 when I left Oregon to move to New Jersey. I still follow the Winterhawks via the internet and am a huge Philadelphia Flyers fan now.

Jessica: This was definitely a case of learning as I wrote. I researched small details about gloves and hand wraps, as well as broader facts about what professional boxing for women looks like in North America.

Dena: I can still remember the roar of the engines and the smell of exhaust as the race cars flew by while I was watching from the pit area. Are any of the events in your books based on actual events you experienced?

PJ: Not anything specific, but there’s a game in On the Fly where the officials kind of lose control of the game, and the physical aspect of it gets a bit out of hand. I did experience quite a few games like that as a fan. You just hope in those types of contests that nobody gets seriously hurt.

Jessica: I love the details you two have added from being fans! It’s so visceral. It makes me think I should have tried boxing before I started writing. But I’m not particularly brave or tough so I’m not sure it would have gone over very well. It’s why I love writing—I can be a little bit tough through my characters.

Dena: Most people would say I was a tomboy growing up, which is why I ended up at the racetrack more than once. I played a lot of baseball, rode my bike everywhere, and eventually graduated to a motorcycle before I was old enough to drive. Oh, and did I forget to mention that my dad taught me how to work on cars in my spare time? How would you characterize yourself growing up?

PJ: I was definitely a tomboy. My dad was a big sports fan, so I got my love of sports from him. He took me to baseball, hockey, and basketball games when I was growing up, and I loved every minute of it. Not only for the sports, but also for the time I got to spend with him. I’ve continued my love of sports into adulthood, and we discussed sports until the day he died.

Jessica: My favorite things to do as a child were swimming in the lake and reading a book in a tree. A lot of my characters are tougher, more tomboyish, and braver than I ever was. Reading was always a way for me to inhabit and understand worlds and people so far outside of me.

So, there you have it folks. You never know just how an idea enters a writer’s mind—from experience, dreams, research, or just enjoying a good book. The challenge in the ring, the non-stop action on the ice, and the rush of the track are thrills you won’t want to miss. We hope the adventures we’ve created come through as real to you as they have to us. 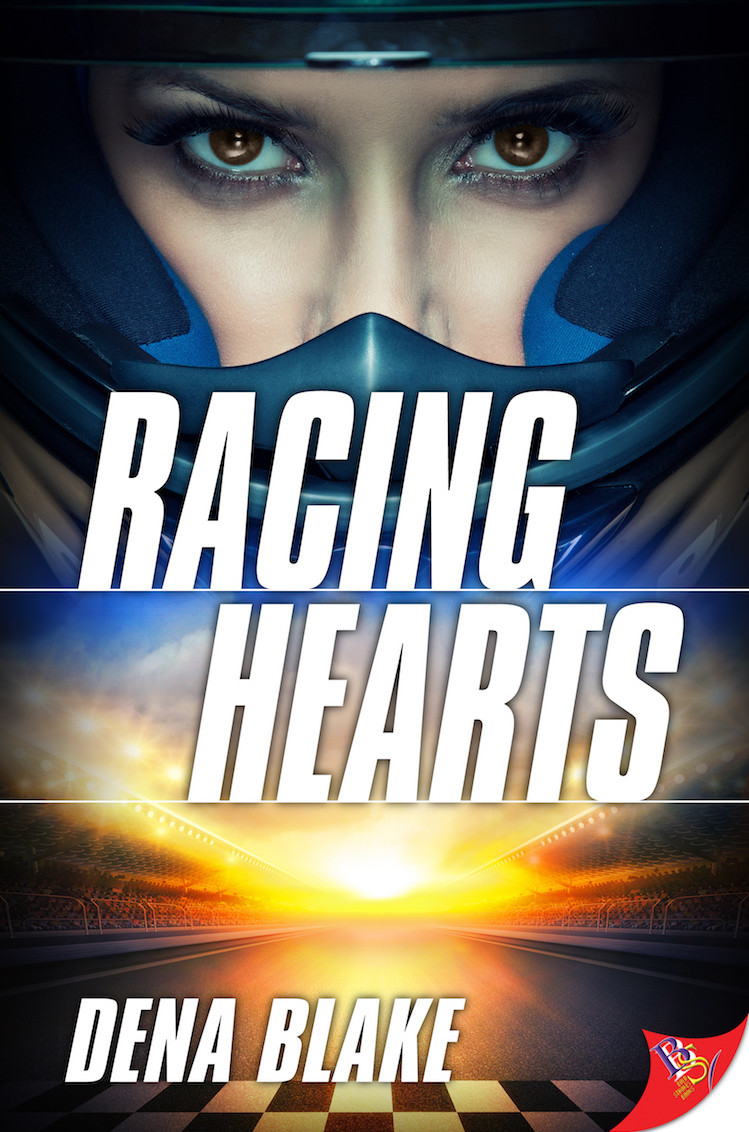