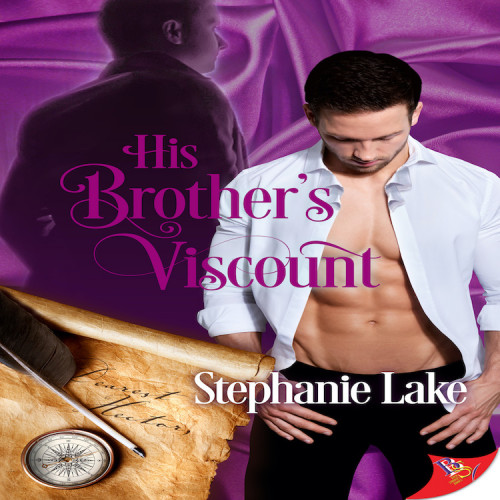 Lake and I are not the type to sit back and let bad situations happen. We’re proactive and don’t let the bad things get us down for long.

That said, sometimes really awful things happen that are out of our control. I found myself a few years ago in a situation where Lake said, “Do you remember when that happened?” And for the life of me, I could not remember the event. I literally had blocked that memory out of my brain. I thought it kind of strange until I talked to a friend who said she’d done the same thing. I started researching traumatic memory suppression and found it really is a thing.

This information gave me the idea for a character I was having trouble with: Wentworth. What is his motivation? Why does he act the way he does? Forgetting big chunks of his past explains the changes in his feelings for his current lover, Hector. In researching post-traumatic stress disorder and selective memory loss, we found Wentworth’s motivation. Giving him this incapacity to remember key events filled out his character nicely, making his actions much more believable…but not necessarily more likable in the beginning. He is a character who needs to grow quite a bit. Let me tell you, he does improve in spades because he is loyal to the core. Loyal to friends. Loyal to family.

He is, in fact, so steadfast that Will, Hector’s older brother, recognizes this. Even after Wentworth betrayed him years prior.

In this abridged excerpt from His Brother’s Viscount, Wentworth (aka Ty) is talking with Will, for whom he’s nursed a hopeless passion for over a decade. Unfortunately, Will is the older brother of Hector, the man he’s with currently:

The creak of wood and the sway underfoot gave him a sense of being home, but the rough timbre of William’s warm tenor behind him no longer elicited the same effect.

At one time Wentworth would have given one hundred pounds just to hear William’s voice in the captain’s cabin. He looked out the open window to the water, choppy in the receding tide.

“Ty, did you hear me?” Will had carried on a bland dissertation on the merits of doubling the number of backstays for the mast. Normally the conversation would have entertained him and he would have started a rigorous debate. Normally. Not today.

Today that voice was just a little deeper and a little rougher than the one he longed to hear. Since the cadence and word choice was similar to Hector’s, Wentworth could imagine him standing in his cabin instead of Will, lying in his bed naked, arms and legs open, inviting.

He swallowed the lump rising from the depths of his gut. “I…” He cleared his throat. “I agree. Some extra ropes could be advantageous.”

“Will, I find myself asking you the same question every time I see you. But at the risk of being redundant, I must ask again. Why are you here?”

No response. He looked over his shoulder. Head bent, Will ran a hand through his chronically disheveled hair. It did not lie in naturally neat, alluring curls like Hector’s. “Will?”

“Actually, I went to your town house first.”

“Mary said I should come.”

“You came because Mary said so?”

“Well, truth be told, she convinced me you could help us set Hector back to rights.”

“How insightful of her. As it turns out, I agree.”

Will looked at his shoes. “Mary is a very perceptive person, Ty. She also convinced me that I missed your friendship.” Will snorted, shot out of his chair, and paced to the door, his limp marring what used to be the flawless, graceful stride Hector shared.

“I see. Your wife is an amazing woman, Will. Suggesting we rekindle our friendship after what I did to her—what you and I did…together.”

Will shoved his fists into his coat pockets and slowly turned around. “I’m not certain ‘rekindle’ is what she has in mind, but she cares about her family, and for some reason, she thinks I believe you should still be part of the fold.” He laughed, but it sounded more sad than humorous. “As many times as you protected us from Father, I felt sometimes I should have given you a chance to explain. She must have surmised I miss the friendship we once had when I mentioned the thrashing we received after the rabbit, Indian headdress, and gooseberry pie incident.”

“Bloody hell, Will. That was the most humiliating day of my life. I never tell anyone else about that. Well, perhaps I did once. But I will point out the fact that your participation did not sit well with the adults either. I’m surprised you shared that tale with your wife. God, to this day I still hate gooseberries.”

“Well, I might have left out some of the facts. So, are you willing to work with me to help Hector out of the doldrums?”

Does Wentworth decide to help?

Read His Brother’s Viscount and find out.