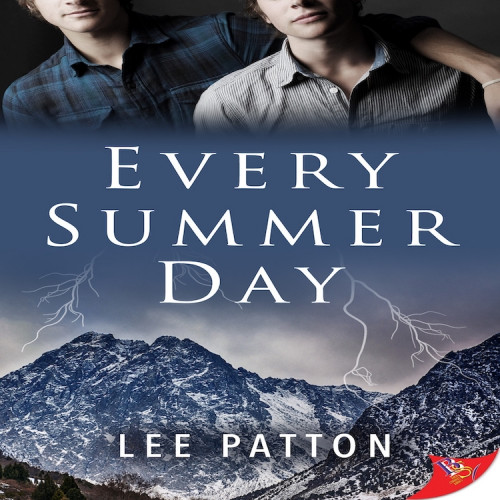 On Pivoting Between Reality and Invention

I committed murder in my first published novel, Nothing Gold Can Stay, and killed off a beloved brother in my most recent, Every Summer Day.

The recent BSB panels on reality vs. invention in our fiction, BSB Bookathon’s “Gay Fiction/Gay Lives” and BSB/Curve Media’s “Reading in Today’s Reality: Realism and Escapism in Fiction,” inspired me to obsess about the role of realism in my past and present fiction. My new novel, out in June, Every Summer Day, also makes much use of reality, especially geographical locations and medical pathologies, but in many other ways it is completely invented.

The real event, the inspiration for that fictional murder in my first novel, was actually the threat of a murder in our international dorm in London. A romantic dispute over a girl led one guy, a local, to visit the room of another guy and threaten him with extreme violence unless he left London and the disputed girl behind. So the poor kid fled our graduate program and sought refuge with his parents at home in Cornwall. The mystery novel that ensued, Nothing Gold Can Stay, made much more of the threat, actually killing the poor kid off, recasting him as adorable and bi-curious, and leaving behind a residence hall full of anxious and terrified students. Meanwhile I made great gay hay out of a quasi-painfully platonic and therefore very tense affair I was having with a South American who was in a loyal relationship with a HIV-positive lover back home (it was the mid-90s when HIV was another bold and demanding murderer).

As fiction works, I also had much hay to make of a residence hall full of interesting people, all of whom became suspects, of course, including faculty and administrators all fermenting in our small, tightly knit petri dish, a graduate program in British culture. Because London’s theatre scene was central to our program, I got to explore that world, too, both backstage and under the proscenium arch. There was also a real serial killer stalking gay London who I transformed into the fictional Prince Bi. No novel I’ve ever written or tried to write has unfolded so effortlessly, because reality handed me so much juicy stuff.

Twenty-plus years ago, after it was published and nominated for a Lammy, reality also handed me a major problem—anyone who lived through those events with me would have recognized themselves and many others, and the novel was going to be published in the UK as well as the States. I was extremely uneasy about that, because I had made a whole cohort of wonderful, nonviolent people, including staff—my college friends—into somewhat sinister suspects in a murder mystery. It also laid bare my protagonist’s lust for a guy who was struggling to stay true to his lover back home.

My solution? I published under a pseudonym and tried not to think about the real crimes against my colleagues I’d committed in using them as grist for my fiction.

I remain uneasy to this day, ever pivoting on this seesaw between reality and invention in fiction. So many writers on the recent panels are writing in genres—gothic romance, say, or vampire stories, or science fiction—and their response was mostly that it was important to try to weave reality into fantastic plots, to ground characters and their motives in recognizable forms. On the BSB Bookathon panel, I felt more than a little bland when everyone else introduced their work—“a gay wizard” or “a murderer cuts through a community”—when I had to admit, of Every Summer Day, “Well, it’s a family story, a contemporary realistic novel.” Even in the two mysteries I’ve written, reality was the basis; and in my subsequent mainstream fiction, reality is the anchor. I guess I’m trying to uncover the beauty and conflict within the ordinary lives of everyday people while exploring where gay lives intersect with that reality.

On Pivoting Between Reality and Invention