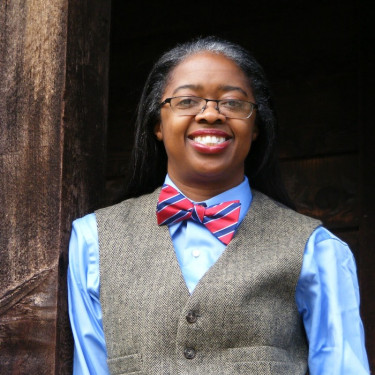 So here’s the thing. I grew up in a town so small it doesn’t appear on most maps. Sardis, Georgia. Also known as the Friendly Little City. Nearby towns like Augusta and Waynesboro are always represented because Augusta is the home of the Masters golf tournament and, according to all the billboards and signs in town, Waynesboro is the Bird Dog Capital of the World. On the rare occasions that the name of my hometown is included on a state map, it’s in type so small most people need a magnifying glass to read it. Sardis’s population topped out at around 2,000 when I lived there. According to the latest census, that figure has since dipped to 971.

Like most kids from small towns, the thing I dreamed about most fervently was getting out. I wanted to live in a city that had more than one traffic light and the nearest movie theater and shopping mall weren’t nearly an hour’s drive away.

I got my wish almost twenty years ago when I moved to Savannah. The Hostess City of the South might not be a sprawling metropolis along the lines of Atlanta, New York City, or Los Angeles, but it can certainly feel like it during tourist season and especially during the annual bacchanalia known as Saint Patrick’s Day weekend.

Though I am grateful to live where I do now, I am even more grateful for growing up where I did. Sardis might have lacked some of the perks of more populous cities, but living there taught me something that is sorely lacking in the current news cycle: accountability.

I have watched the media’s coverage of the recent college admissions bribery scandal with a mixture of fascination and consternation. Initially, I couldn’t believe a parent would go to such lengths to get their child into a prestigious college—photoshopping their kid’s face onto someone else’s body to get them scholarships for sports they didn’t even know how to play, tossing half a million dollars at a man who offered to grease the skids for a kid who seems to care more about posting on her YouTube channel than attending the school her mother risked her reputation (and, perhaps, her freedom) to get her into. That last detail bothered me the most. I busted my ass for twelve years to get good grades in school and earn a high enough score on the SAT to convince an institution of higher learning I would be a good addition to their student population. I was accepted at Georgia Southern College, now Georgia Southern University, on my own merits. Thanks to scholarships, grants, and financial aid, I paid for my education myself. I feel a sense of accomplishment each time I look at the diploma hanging on my dining room wall. Will the kids caught up in this scandal feel the same way when they look at their degrees, or will they feel only resentment for the adults who didn’t think they would be able to accomplish the feat without a little—okay, alot of help?

I could never have gotten away with something like this. Not because I’m not rich and white but because of that small town in which I grew up. There’s a famous African proverb that says it takes a village to raise a child. Sardis, Georgia, is one of those villages.

When I was a kid, I spent my summers at my grandmother’s house. Back then, members of my generation were free-range kids. We could go wherever we wanted during the day without adult supervision as long as we made it home before the street light came on. Or, in my case, before my mother returned from work. Even though I had a tremendous amount of freedom, that didn’t mean I was allowed to use it unwisely. I couldn’t even think of misbehaving because I knew the news would make it home before I did. Miss Pearl or Miss Mattie Mae, two members of my grandmother’s widow phone tree, would be sure to tell her every gory detail. First my grandmother would give me a talking-to, then it would be my parents’ turn. I didn’t have to go out in the yard and select my own switch, the worst punishment in the world for a kid in the Deep South. For me, the disappointment on my family members’ faces and in their voices was punishment enough.

Another popular saying not quite as old as the proverb I mentioned earlier states, “It’s not where you’re from, it’s where you’re at.” In my case, I wouldn’t be where I am now if not for where I began. Money, power, and privilege might open doors, but they don’t always help establish a good foundation. The one I was given has proven to be priceless, and I owe it all to a town that is often, quite literally, off the map.