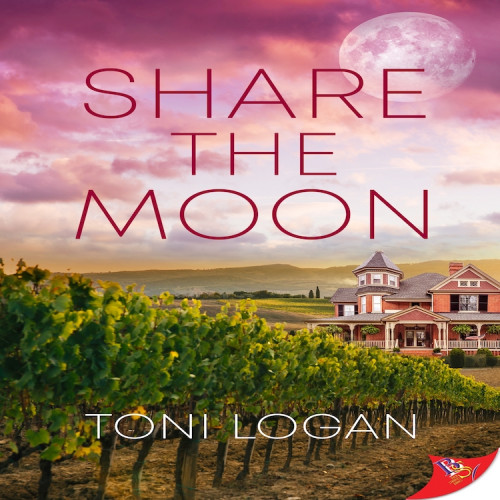 A friend of mine recently asked me what the significance of the moon was in my novel Share the Moon. I could have easily answered with an obvious reply like, Since the book is a romance novel, what could possibly be more romantic than a full moon? And while that statement is technically correct, it’s only the tip of the iceberg when it comes to answering that question.

To begin with, I was born under the zodiacal sign of Cancer, a moon child according to astrology. And even if I’m not totally convinced the position of the sun, moon, stars, and planets during my birth had any influence over me, I will say that every time I gaze into the night sky during a full moon, there is something about that shimmering piece of rock that speaks to me. I find it not only peaceful and calming, but watching it float across the night sky grounds me.

When I was younger, I used to sit on our back porch deck, stare at the moon, and let my mind wonder down all the intriguing rabbit holes one’s imagination goes down when you’re a kid. I would think about the past souls from hundreds, thousands, even millions of years ago that looked up into the night sky and saw the exact same moon I was looking at. And that thought made me feel a magical connection to ancient and primitive worlds long past.

Since I’ve gotten older, I look to the moon for other reasons. I’ve had to say good-bye to both parents, close relatives, good friends, beloved pets, and an ex-lover. So now when I venture outside on a full moon night and settle into my lounge chair to stare at the sky, I wonder if those I’ve lost have the same view of the moon as I do, and again, that thought gives me a magical connection to each and every one of them.

Lately, as the world seems to be getting a little crazier and isolation becomes the new norm, the moon has been a good reminder to me to disconnect from all the heaviness. To put down the devices, stop staring at screens, and look up at the magical blanket right above my head, because there’s so much more to life than what’s right in front of me.

And as time marches on, and the moon continues to repeat its predictable phases month after month and year after year, I probably won’t be able to say the same about my own life. I know love, loss, challenges, and hardships will continue to come at me in an unpredictable jumble of chaotic mess, but there will always be one thing that’s certain…I can walk outside, gaze into the night sky, and remind myself that there will always be a bit of predictable magic in this world.

So, getting back to my friend’s question. When I decided to write a novel about three friends who live together on a vineyard inhabited by a friendly ghost, I wanted the moon to somehow play a role in the story. I wanted it to magically connect the ghost and one of the women in a beautifully flawed and somewhat comical romance. I wanted it to make a statement about letting go of preconceived notions and, instead, opening yourself up to a life that may look very different from the one you thought you wanted.

And as I sit here, writing the last words to this blog, I glance out the window at the setting sun, and I know that in a few minutes I will be venturing out to relax in my lounge chair, to watch the full moon rise. And as its magical connection takes hold, it’ll be another reminder to me to embrace this crazy ride on this beautiful and amazing spinning planet, because no matter what life throws at me, there will always be one constant that will continue to shine—I just have to remember where to look. 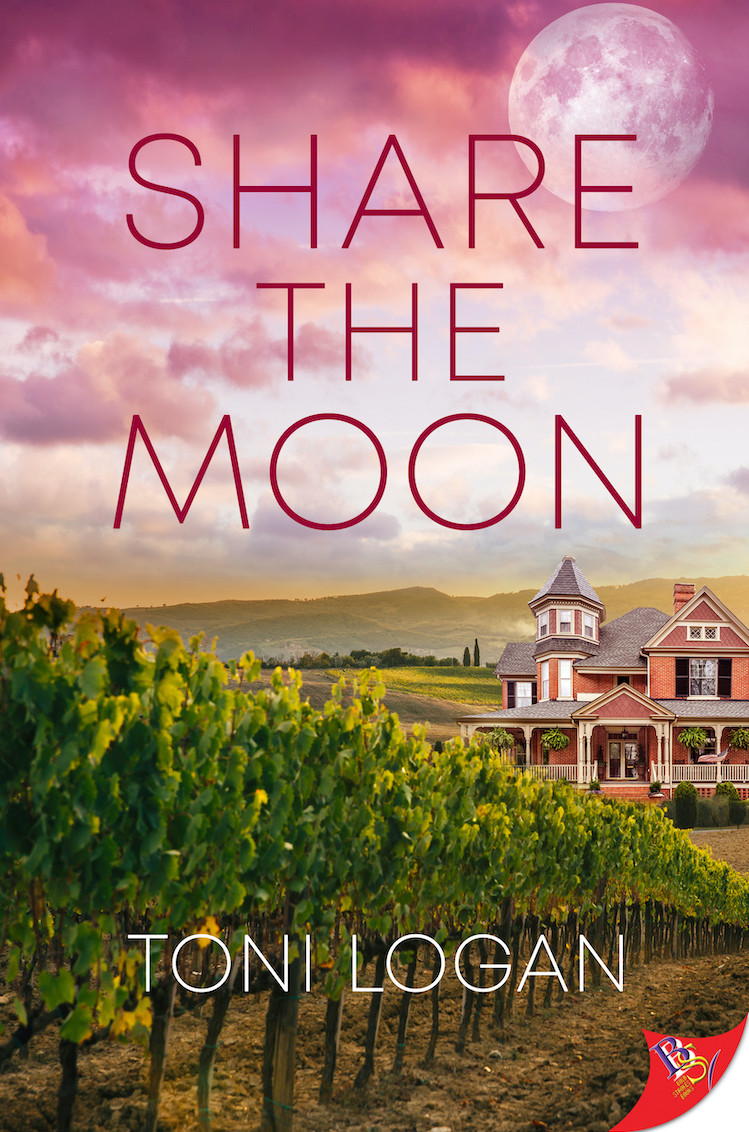