Hi, I’m Alexa Black. Steel and Promise is my first novel, which began as a series of short stories that just never ended and eventually acquired a plot. I kept writing them as much out of surprise that I had more to say as anything else, and I’m very excited to offer you the characters, world, and relationships that grew out of that experiment.

I started writing the stories that became Steel and Promise because I’d just come out of my first relationship with a woman and discovered a great deal about myself. I’d always known that I like both men and women, but there’s a lot of stereotypes in the world that say if you haven’t been with women you don’t know for sure. Well, that relationship made me sure!

That relationship wasn’t great, and ended badly, but it taught me a lot about what I wanted and needed from relationships with both women and men. The bad place I was in was a blessing in disguise. I started writing about whatever came into my head, not worrying about whether I was writing something over the top or writing about something silly. That vow to myself to write what I wanted made it possible for me to finish the story.

I’ve also always liked characters that make the reader question things. The character of Teran Nivrai, a reclusive noblewoman with retractable claw implants instead of fingernails, sprang into my head years ago. The rumors about her sexuality and personality came right along with the initial idea. I think a lot of us in the LGBT community can relate to being questioned, or to questioning ourselves. To hearing rumors—or being the subject of them—and having to seek the truth inside us and find ways to reveal it to the world.

The character of Cailyn Derys, the courtesan who serves her and draws her out of her seclusion, took a while longer to create. But in the end, I wanted a character who answered rumors and assumptions not just with an open mind, but with kindness. I think a lot of “darker” stories can miss the power of kindness if the writer isn’t careful—and kindness is one of the most powerful forces in any of our lives.

Finally, as a bisexual woman, I wanted to create a story that focused on women loving women, but also challenged the stereotype that bisexual women are less serious about women than men. Not only did I learn that in my own life prior to writing Steel and Promise, but I wanted to show other women that they aren’t alone. And in doing so, I hope I’ve created a story that both lesbian and bisexual women (and everyone else!) can enjoy. 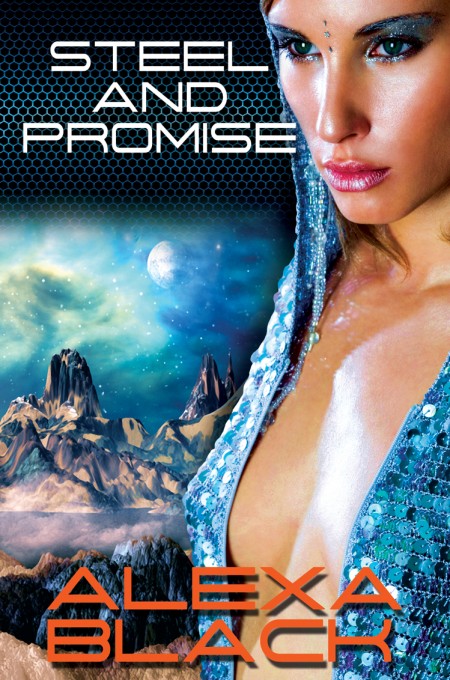