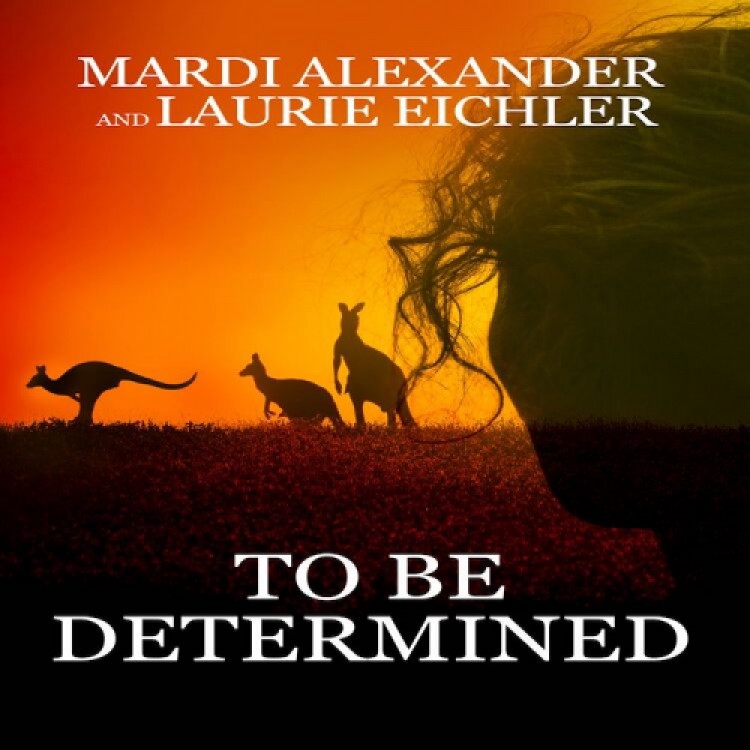 I first came across Laurie when I saw one of her magnificent photos posted online. Via the lens, Laurie’s understanding, respect, and reverence for nature and animals are evident from the outset, and I remember thinking to myself, this is one cool lady—never once thinking that she would grace our wonderful shores and come to live in Australia, or that I would be honored enough to not only meet her, but to call her a good mate.

Over the course of a couple of years, quite a few trips to the coast, and several evenings exchanging cold beverages and swapping yarns, Laurie and I talked a lot about language differences and similarities and how they are reflected in the publishing industry. Several more drinks and laughs later, the concept of writing a story together began to take shape as we worked out how, where, and why we could entwine two different writing styles, two different writing perspectives, and somehow have a story that melded it all together. Naturally, we had an American character and one from Oz with one common element—Australian animals. That was the easy bit. Then came the challenges. J

So here we are, at long last at release date of To Be Determined. So I thought I’d sit down with Laurie and ask her what her journey has been like. Enjoy!

To Be Determined isn’t your first novel, right?

Right! But it is my first as Laurie Eichler. I’ve written five novels as Laurie Salzler, published by Bedazzled Ink: A Kiss Before Dawn, Right Out of Nowhere, Positive Lightning, In the Stillness of Dawn, and After A Time.

And the title of the book, To Be Determined, is a little left of center. Where did that come from?

Neither you or I was sure enough of the story’s direction to pick a title right off. So we decided it would be determined at some point. The working files were named TBD for short while we set about tapping the keys to build the novel.

The long and short of it is, when we get an animal into care, its fate really is to be determined. The stress of being injured or orphaned, compounded with being handled by a human (which most animals view as a predator), is oftentimes fatal. The reality is, we never know.

Pip and Charlie, two entirely different women with similar backgrounds, are forced together to deal with not only their own personal issues, but the Australian wildlife they rescue and rehabilitate. Their working relationship, as well as feelings toward each other, determined the heart of the story.

You have to admit to laughing and laughing when we decided to make To Be Determined the official title. There were many raised eyebrows when we made the title public…as well as many suggestions for what to call it.

Them: What’s the book called?

Us: To Be Determined.

Them: So what are you thinking you might call it?

Us: To Be Determined .

Them: Well, I have some suggestions if you’d like to hear them…

Writing with another author and melding different styles together—how hard was that?

I’ve always wondered what it would be like to coauthor a book, but wasn’t sure if it would be like James Patterson and his ghostwriters, or maybe like Kim Baldwin and Xenia Alexiou. Even so, it never occurred to me to actually take on a project like that. That is, until I met you and we decided to give it a go. What transpired was something pretty awesome. It…just worked. I don’t know how, but it just did.

I know. It really was something quite surprising, and special. People would ask, “So, how do you go about writing with someone else?” And the answer is, I still don’t know. Somehow we just made it up as we went and, voilà, out comes a book!

How did you find combining two different countries’ languages and cultures?

Oh, now that was the fun part. When I first moved to Australia, many of my conversations included, “What the hell did you just say?” or “And that means what?”

We live about four hours apart, so the majority (99.9%) of our writing was sent electronically back and forth. You’d write a bit and then send it to me, I’d write some more then send it back, and so on. Honestly, it was like a little Christmas package every time I received an update. Not only did I get a totally Australian scene, but it was easy to see the direction we were going with it…which thankfully our characters were happy with. So the combination ended up working beautifully. Charlie’s reactions to Aussie Pip were probably nearly akin to Pip’s reactions to Yank Charlie…a big learning curve.

Every now and then one or the other of us would catch something that was foreign, and we would tease each other about having speech impediments, and then we would sit down and find something that we could make work for all our international readers. Lucky for us, we also had a super editor in Ruth who was the perfect wicket keeper, picking up all the loose odds and ends that passed us by, and helping us clean and polish the script.

With several books published and working for different publishing companies, what advice would you give to aspiring authors?

Don’t be afraid to expand your horizons and always be open to learning new things. Claudia and Casey of Bedazzled Ink have taught me so much, and in the short time I’ve dealt with Bold Strokes, I’ve learned even more. The most important team member you can have is your editor.

Hear, hear. I am confident we authors drive poor editors crazy, but in a sense, I think that is the key to success, because you challenge one another to get the best out of what’s in front of you. And that’s an awesome end goal to share.

Moving to a new country, what’s one of the surprising things that you have encountered in Australia?

This is going to sound weird…but I know you expect that from me. LOL. The sky. It is so BIG. Especially at night. I have never, ever seen a night sky like the one Australia puts on every clear night, which there are a lot of.

You know, a lot of people who have visited the farm often say the same thing when they look up at night. Which always surprises me—I guess part of me thinks that we all share the same sky. But having said that, when I do venture to the city, the things I do miss are clean, crisp mountain air and the huge panoramic vistas of the sky.

To Be Determined is a romantic adventure. What makes it different from hundreds of other romances published every week?

It’s a unique story that gelled quite nicely. We wanted to bring the reader to Australia to experience a lot of what we do as Australians and wildlife carers. What I’m most proud of in this book is that it demonstrates a lot of the reality of what it’s like to live here.

There’s a romance running like an underground stream throughout the book. I know not everyone is as lucky as we are to deal with a lot of native animals up close and personal, so we are very proud that this book is an opportunity to take everyone, including Aussies, backstage to get a personal look and feel for how magnificent Australia’s fauna and flora truly is.

There are heaps of animals featured in the book. Do you have a favorite Australian animal?

The wildlife here is incredibly and amazingly unique. I’m honestly fascinated by all of it. But, yeah, I do have a few favorites. The wedge tail eagle, magpies, and kangaroos rank among the top. But I’ve yet to see a cassowary or a platypus or a palm cockatoo or a dugong or a…

LOL. Far too many to mention.

Coauthoring—would you do it again?

With my good mate, Mardi Alexander? In. A. Heartbeat. Now don’t you have a new scene to send me? LOL.

Authors
To Be Determined 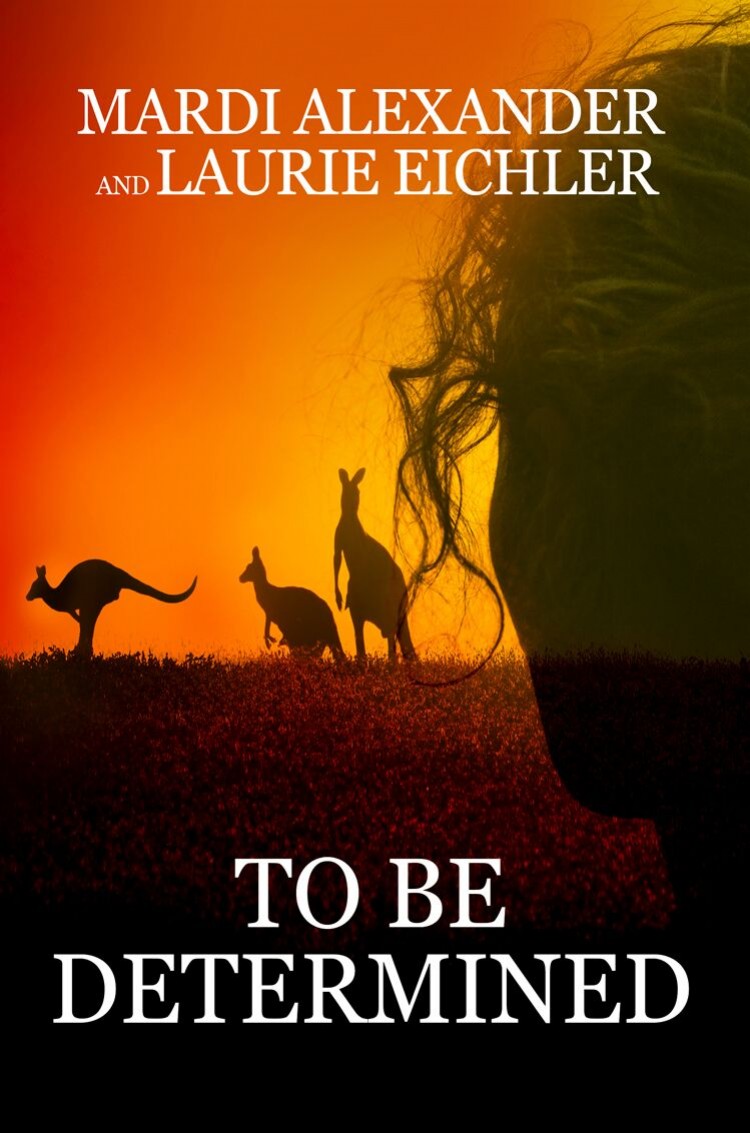