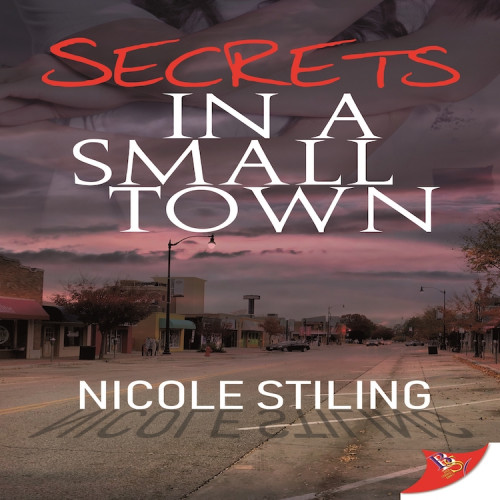 Today I’m joined by new Bold Strokes Books author Nicole Stiling to talk about writing, her, and her debut novel being released this month, Secrets in a Small Town. Welcome, Nicole, and thank you for being here and letting us all get to know you.

Thank you for having me!

First of all, a huge congratulations on your debut novel, Secrets in a Small Town. How does it feel to be a published novelist, and how have you celebrated the release of your first book?

It feels amazing. I’ve wanted to write a full-length novel for a very long time, and I probably have about twenty first chapters sitting on the various laptops that I’ve had over the years. I finally said to myself, You know what? If you’re going to do this, you have to actually do it. Stop making excuses and start typing. So I did.

I actually haven’t celebrated yet. It still feels surreal. Maybe I will once it’s been out for a few months.

Were the editing and production parts of having your book published what you expected, or were there some surprises for you?

There were a lot of surprises, most of them good. When I first received my contract offer from BSB, I literally gasped. It was so fancy and professional, and I had actual deadlines to meet and choices to make. It was a whirlwind of meeting new people and picking out covers and all sorts of fun things.

When I got my first list of edits, my first thought was, Oh, okay. Now it makes sense. I’m a terrible writer and obviously they offered me a contract by mistake. It must have been some other Nicole. But then once I got off the self-flagellation train and worked the edits I was given, the story was elevated to the next level. My editor was truly amazing. She didn’t let me get away with cutting corners or deus ex machina or anything else that would have left readers scratching their heads. I had no idea just how critical a good editor is to the entire process.

Most writers, it seems, have been creating stories in their minds in some fashion since childhood, but at what point did you consciously decide you wanted to become a published author? How did your writing path change from that point?

I decided I was going to be an author when I was about twelve. I had just finished reading the Sweet Valley Twins series, and I was bummed that the author kept them in sixth grade for nearly two hundred books. Sweet Valley High was available, but that was toofar in the other direction. So I decided I would just write it myself. I typed out about thirty pages on my mom’s IBM typewriter and let my friends read it. “Sweet Valley Seventh Grade” was a bona fide hit among the three girls that read it.

As an adult, I kept telling myself I would write a novel. But it was always some future plan, a dream in the distance. It takes a serious amount of commitment to write a book. My writing path began as a few pages here, a few pages there, but I quickly realized that any sort of flow is lost with huge time lapses in between writing stints. So the path turned into a carved out time for writing each and every single day until I finished.

Some writers are plotters; some are pantsers. Some write a book sequentially, each scene being written in the order it lands in the story, and some write scenes any way they come, then fit them all together in the end. Can you tell us a little about your writing process?

I try so hard to be a plotter. I want to do outlines and storyboards and character analyses. But if I’m being honest, I’m a complete pantser. I start making outlines and all of those things, and then I get distracted and I end up with a whole bunch of roman numerals and subheadings that end up blank. I write sequentially and try to get it all down in one flowing rhythm. Once my editing process begins, I go back and add in whatever is missing, flesh out characters a little more, that kind of thing.

Is there anything you’d like to share about your writing style or process that we haven’t touched on?

One part of the process that I’ve accepted is the need to power through the doldrums. There are so many disruptions and distractions, and sometimes writing is the last thing I feel like doing. Sometimes what comes out is good, sometimes it isn’t. But there isn’t anything to spruce up if there are no words on the page.

Now for some questions about your wonderful debut novel that’s just been released, Secrets in a Small Town.First, let me tell you what a great read I thought it was. As a reader, some of my favorite tropes are the melting of the Ice Queen, small-town romances, and child characters that enhance the overall plot well, and you did a great job developing all of those aspects of your story. That, combined with your strong writing style, gave me a fabulous reading experience. Well done.

Thank you so much!

Let’s start with Savannah. What a great Ice Queen. Do you enjoy Ice Queen characters as a reader, and did you intentionally set out to include a character of that type in this story?

Ice Queens are my absolute favorite. I have to make a conscious decision to notinclude them in a story I’m writing. For me, there is no better romance than hate-to-love. It’s just so intense and full of feelings.

One of the things that made Savannah feel so real to me is how you developed her humanity beneath her cold hard surface, and how you revealed her vulnerability as her fear intensified. Without giving too much away, can you tell us a little about how that aspect of her character’s evolution came about?

I wanted Savannah to have layers, that much was important to me. She’s not icy just for the sake of being icy. (Even though it comes across that way in the beginning of the book.) She’s the way she is for a reason, and at some point in her life, self-preservation kicked in and shrouded her in a cold facade. Savannah learned to embrace it. Even with Micki, she only allowed tiny pieces to flake off here and there until she knew she could really, honestly trust her.

And as for Savannah’s leading lady, Micki: she seems to be the perfect balance for Savannah’s external rigidity and austere nature. Is this relationship dynamic one you made up as you went, or is it based on something from your personal experience?

Yeah, this relationship is completely fictitious. As much as I love that push-pull dynamic in books and television, I don’t think I’d have done well with it in real life.

It can be a challenge sometimes to incorporate a child character into an adult plotline without upsetting the balance and pacing of the story. How easy or difficult was it for you to write Savannah’s daughter, Eliana, and utilize her as well as you did to further both the suspense plot and the development of Savannah and Micki’s relationship?

I was very leery of incorporating a child into the mix. Kids can really make or break a story. In Savannah’s case, I decided that having someone that she really loved and really tried to be open and honest with without any expectation or condition would soften her exterior just a bit. I tried to flesh Eliana out a little, so she wasn’t a complete plot device, but on the flip side I wanted to make sure she didn’t swallow the story and turn it into a page-skipper. I’m happy with the way she turned out, but I did waver on how much to include her.

I saw in your bio that you and your wife have two children of your own. Did you draw on your own parenting experience in the development of Eliana’s character and the family dynamic you created in the story as Savannah, Micki, and Eliana grew closer?

In some ways, yes. I tried to make her as real as possible. I didn’t want her to speak like an adult, or act precocious, or act totally out of character for someone her age. So I tried to draw on my own children’s behavior in the creation of Eliana. My house is a lot less rigid than Savannah’s. My kids wouldn’t touch asparagus with a ten-foot pole.

What made you choose the Romantic Intrigue/Suspense genre for your debut novel? Will you stay with this genre for future projects as well?

I chose that genre because it’s my favorite to read. I love the juxtaposition of feeling scared and starry-eyed at the same time. Fear can provide clarity, and I think that’s a big part of Savannah’s and Micki’s transition from adversaries to lovers.

Did you know who the bad guy was when you started writing the book? Or did that reveal itself to you as you went?

I was torn between two people. The more I wrote, the more obvious it became to me who was really the bad guy in the story.

Is there anything else you’d like to talk about regarding Secrets in a Small Town?

I’m just really excited about it. I love the characters, and the setting, and the intensity between the two leads. And I really hope readers feel the same way.

Do you have anything else in the works? If so, what is it, and when can we expect it?

I do! I’m just about to enter the editing process on my next novel which is a paranormal romance. I don’t have a concrete publication date yet, but I’m hoping for some time in early 2020.

Where can readers find you online?

And one last random question about you, just for fun. What’s something that you’re not so good at that you’d like to work on? What effect do you think it would have on your life?

I’d love to get better at small talk. I’m so envious of people who can just walk up to someone or stand next to someone in line and have a full-blown conversation. It would be such a relief to evade the awkward silence that ensues after the Boy, it’s a hot one today or Oh, that’s your daughter in the pink tutu? I’m working on it. The struggle is real.

Nicole, thank you so much for taking the time to share yourself and your new book, Secrets in a Small Town, with our wonderful Bold Strokes family of readers, writers, editors, and all the amazing BSB folks who make our books possible. Good luck and have fun on your journey as a published author, and I look forward to your upcoming paranormal romance.

Authors
Secrets in a Small Town 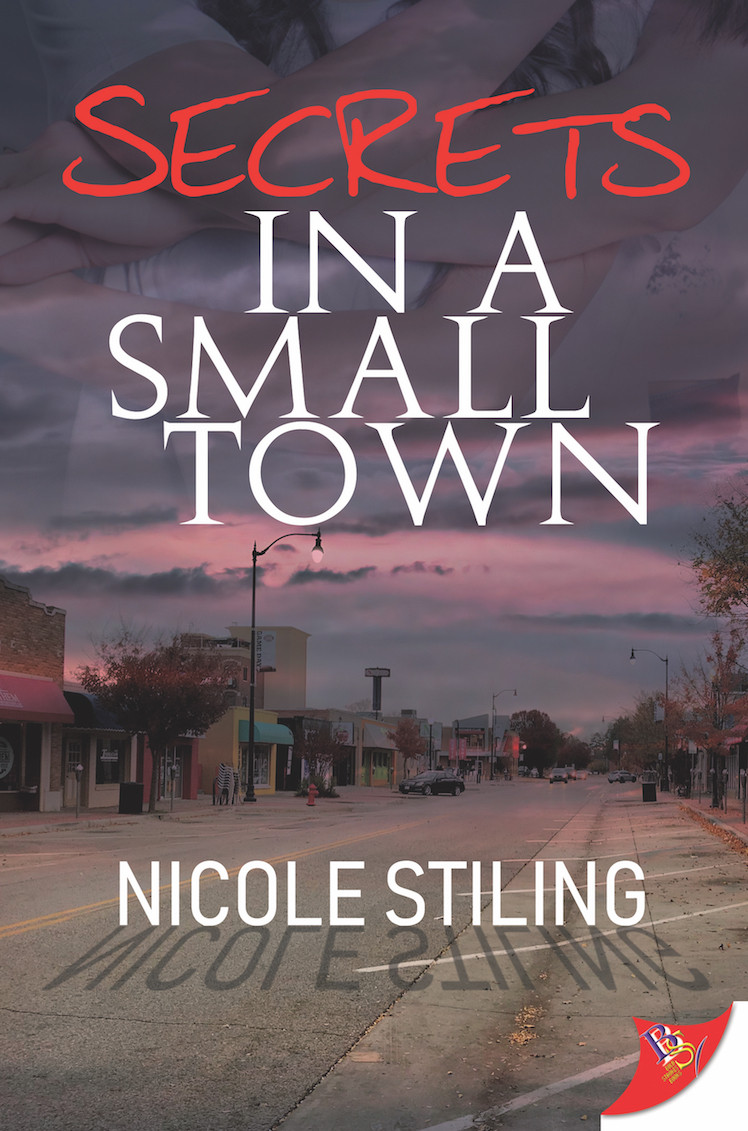