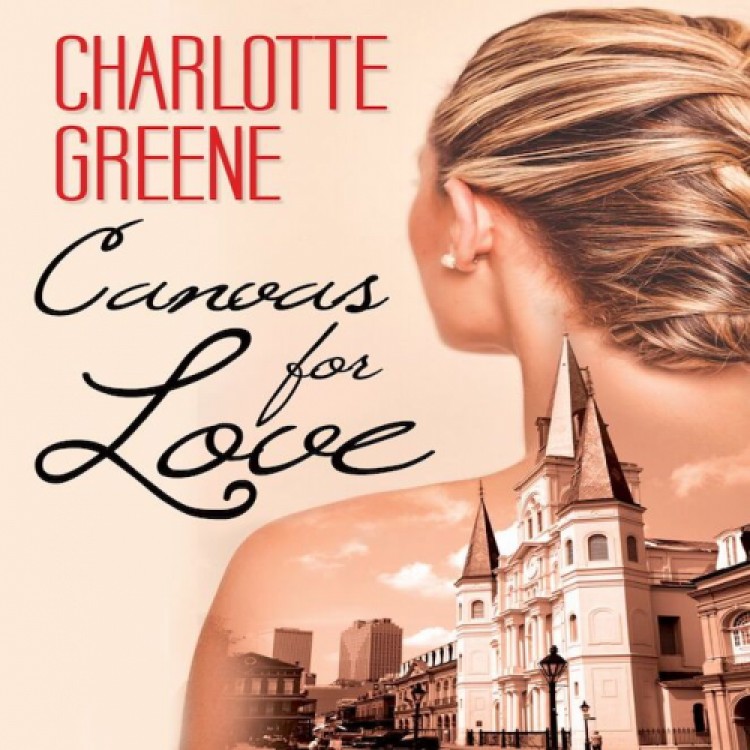 Your newest book, Canvas for Love, has just come out. Congratulations!

It’s a sequel to your first book, A Palette for Love. Did you know going in that you wanted to write it?

Absolutely, though inspired by E L James’s Fifty Shades novels, I initially planned to write a trilogy. My goal was to write something in a similar vein for lesbians. I found, however, as I wrote A Palette for Love, that it felt more natural to finish the story at the halfway mark in one novel and conclude things in a second.

Will this be the end for Chloe and Amelia or do you have more of their story to tell?

It’s definitely the end of the series. I called Canvas for Love a sequel, but it could just have easily have been called a conclusion. I do think, however, that the characters will at least pop up again in another book I’ll set in New Orleans, or maybe in a short story.

Based on your bio, you’ve lived in a number of iconic places. Yet the three books you’ve written thus far take place in New Orleans. I know why I’m biased toward the city—it’s an hour from where I grew up—but I’m wondering what made you choose it?

It’s hard for me to describe to people how much I absolutely adore New Orleans and what it means to me. I think a lot of people that live there—natives and transplants—feel the same. When I lived there, and now when I visit, I find the city magical and inspiring, especially as a writer. I don’t know that there’s another city like it in the world, and I think a lot of people feel that way when they’re there. I chose to set my first three books there in part because of the strong emotions I feel even when I simply think about New Orleans—it’s not just a place; it’s also a feeling. I also think I chose it because it has such a specific, location-based culture not found anywhere else in the world, and that provided a great background for my characters.

That said, my upcoming novel, Pride and Porters, takes place in Loveland, Colorado, the small town where I grew up, and my current work-in-progress takes place in rural upstate New York. I’m sure, however, that I’ll come back to New Orleans in later work.

Your second book, Love in Disaster, takes place during and after Hurricane Katrina. Having lived through a few hurricanes myself, I know there is nothing romantic about them. What inspired you to write a romance set in a storm?

I totally agree about the nothing romantic part of hurricanes, and I think that might have been part of the appeal—it was a challenge. I lost my home and almost everything I owned during Katrina, and so did a lot of people I knew. I had to move back in with my parents for a while, and my education and career were put on significant hold and almost derailed. I’d been through hurricanes before (and since) but nothing like that. It was heartbreaking and horrible, and I still get upset when I think about it too much.

During Katrina, I didn’t have a car, and neither did many of the people I knew, so getting out of New Orleans, when it did finally happen, was something like a miracle. When we were finally leaving—in a car stuffed with too many people and too many pets— I remember wondering what it would be like if I hadn’t been able to find someone, finally, with a car, or what it would be like for the tourists stuck still there. This was one kernel for Love in Disaster­, as the main character is a woman from out-of-state in town for a conference.

Later, I read Georgia Beers’s 96 Hours, which uses the very real tragedy of 9/11 as a backdrop for romance, and I thought that maybe I could try to do something similar. I wanted to imagine something beautiful happening despite the horror of circumstances.

You’re an academic by training and you work as a professor. Does that spill over into your romance writing at all?

Oh gosh, yes. I have a very difficult time writing about characters who aren’t somehow related to academia, mostly because that’s the world I live and breathe in. Chloe in A Palette for Love and Canvas for Love is first an aspiring academic and then an art history professor by the end of the series. Kit in Love in Disaster is an English professor, like I am, and she even studies some of the same literature I do.

I branched out in my upcoming book, Pride and Porters, which, for once, has no academic characters (the main character is a brewer) but since it’s inspired by Jane Austen’s Pride and Prejudice, I guess it’s still not much of a leap from my real-life skillset since I’ve taught the novel.

Yes, actually! I’ve even given a talk about my novels at my university, and I’m going to be featured on my school’s podcast soon. I’ve also been invited to speak at a nearby university in regards to writing lesbian fiction, and I’ve given presentations on other lesbian fiction authors at various literature conferences over the years, even before I was published myself. The chair of my current department gets a kick out of it all, thank goodness.

It’s basically the same every time. My habits come from writing my dissertation and from my other academic writing. I am, by nature, the world’s laziest person, so I can only get things done if I schedule them. I set myself a schedule and stick to it, no matter what, though the schedule can change week-to-week depending on what’s happening. During the school year, I have to fit my writing into my quite hectic teaching, grading, and research schedule, but things loosen up a lot over summer and winter breaks, when I get most of my writing done.

I like to write in longer stretches, three to four hours, usually without anything more than a bathroom break. I always start by revising what I wrote the last time I sat down to write, and then I move on from there. I usually aim for at least 2,000 words every time I write, but I’ve certainly done more than that, especially with my current work-in-progress.

I can write anywhere quiet—I’m not a fan of music or noise when I’m writing, so I can’t do coffee shops or public places, really, except maybe in libraries. My favorite place to write is in a comfy armchair with my laptop on my legs.

I usually start with a scene, just a single scene, and imagine how it would play out beyond that. I don’t plot heavily except day-to-day, I just jump in. I let the end write itself, or rather, I write myself to an end.

I’m doing something very different now. Outside of the reading I do for my job, I tend to read mystery, crime, horror, and science fiction for fun, so it’s actually a little strange that I gravitated toward writing romance first. I’ve been wanting to write a mystery series, but I decided I’d try writing a thriller/horror novel first, almost as a kind of warm-up.

The main character in my work-in-progress is—ha-ha—an English professor on research assignment at what turns out to be a haunted house. There’s still a lesbian romance element between her and another woman doing research there, and there are some mysteries she and the characters have to solve, but it’s primarily a haunted house novel.

My advice is the same as for my student writers: read, read, read, and then read some more. You cannot expect to become a good writer unless you read and read a lot. It doesn’t matter what you read—fiction, nonfiction, comic books, whatever you fancy—but you must read. Stephen King has talked about reading being the toolset for all writers, and I couldn’t agree more. I read about eight books a month in addition to the reading I do for work, and I still have time to hang out, watch TV, and play tabletop- or video-games, so there’s really no excuse.

Much of writing is actually sitting down to do it—butt in chair time, if you will—and I try to think of it as a second, part-time job. I set myself goals and work on a schedule, just like a job. Luckily, I love both my day job and my writing job, and I look forward to both for different reasons.

When you’re not being a scholar, teacher, and writer, what do you do for fun?

I’m really a big nerd and always have been. I could go into the various things I enjoy that would give me nerd cred, but it’s probably enough to say that I play Dungeons and Dragons and leave it at that.

On the physical side, I also recently (maybe) retired from roller derby after playing for five years on and off, and I love to hike and camp. I’m thinking about taking up boxing just for something new and to beef up my arms. My legs and stomach are pretty strong, but I’ve always had T-Rex arms.

My wife and I also travel as much as possible, which is quite a lot thanks to the fact that we’re both academics. We recently got back from a multicountry visit to Europe. She was there for part of it with students and I got to go along for the ride, but we generally do most of our summer research and writing while we travel either in the States or in Europe.

Now, I know this is probably cheating, but indulge me. It’s my first author interview and I’ve always wanted to ask the Pivot Questions (i.e., pretend I’m James Lipton on Inside the Actors Studio). So here goes… 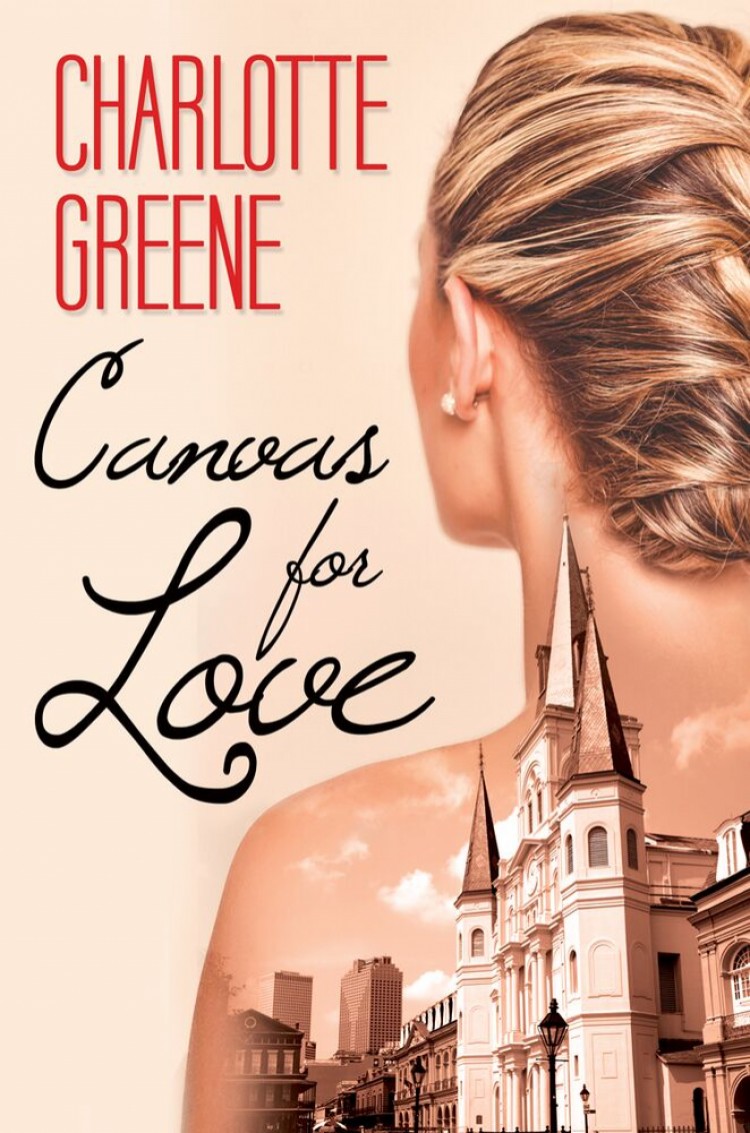 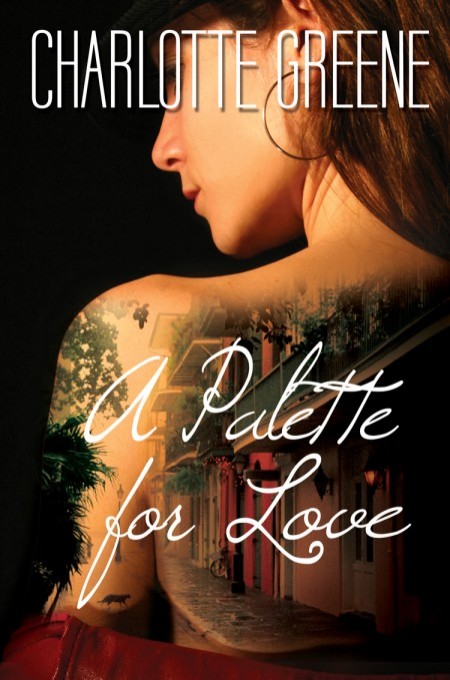