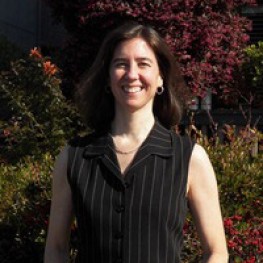 Heather Blackmore: Who Am I?

But I have heard that some readers like knowing more about authors and what led them to write their books, so I jotted down a few things about me and my latest romance, For Money or Love.

I’m a CPA but have never been good at math.

I did pass all parts of the CPA exam on my first attempt (fewer than 1 in 5 did this back then).

The first time I rode a motorcycle, aside from a test ride through a parking lot, I drove it from Orange County, California to Santa Cruz, about 400 miles. I can be stubborn when I set my mind to something.

That reminds me that I once rode my bicycle from San Francisco to Los Angeles over 570 miles in the 7-day California AIDS ride, which supports people living with HIV and AIDS. Yes, I used to be in shape. I can just hear Archie and Edith Bunker now…“Those Were the Days.” (80% of you are thinking, “Who?”)

I’m not a fan of mushrooms or olives. But I can be bribed with Thin Mints.

I haven’t watched a single episode of Game of Thrones, The Walking Dead, Empire, House of Cards, or The Big Bang Theory.

I haven’t gotten a moving violation in 20 years, but all priors were for speeding. When I got pulled over for my last ticket, I’d been listening to a relaxation CD. It helped.

When I was 11 or so, I made it all the way to the state championships in the Knights of Columbus Free Throw Championship for my age group but lost at the state level. It’s been downhill ever since.

I’m not much of a shopper, unless you drop me off at a sporting goods store or REI.

I have an older brother. When we were young, he was my best playmate and biggest bully. We played and fought daily. Over the years, thanks to him, I got a broken finger, 5 stitches in my head, and a knife wound to the knee.

When Mom took me to have that broken finger looked at, the doctor said he needed to reset the bone. I was 13. He said he could put me under, or he could give me a local anesthetic but it would be painful. Mom offered, “She can take the pain.” After he injected my hand with a drug, he placed a Bic ballpoint pen at the base (webbing) between my fingers and wrapped his hand around my two fingers on either side. Then he abruptly squeezed them together. True story.

During my initial weeks as a college freshman, I was in the shower, shampooing my hair, when we had our first fire drill…

As an undergraduate, I took a playwriting class from the late, great Philip Slater (The Pursuit of Loneliness), and he selected my play for a staged reading at the local theatre. After two nights of watching the actors and listening to the audience’s laughter or silence in all the right places, I was hooked. I decided then that I’d have to find a way to continue writing.

I love animals. I grew up with a dog and cat and have had cats throughout most of my life. Rather, cats have had me. These days a black rescue named Pepper allows me to do her bidding.

I fell in love for the first time as a senior in college. After dating some pretty great guys until then, the fact that I fell for a vertically-challenged, muscular-yet-feminine, wickedly intelligent Jewish woman wasn’t a huge hit with my conservative Catholic and Protestant parents.

The second time I fell in love, I married the woman. Friends who’ve met my wife know I got the better end of the deal. And I’m more than okay with that.

I slept with an old teddy bear named Patrick until I got married. He was named after Patrick Swayze. (You can’t make this stuff up, folks.) And I can’t believe I’m publicly admitting this.

I’ve been a vegetarian for 20 years, primarily vegan over the past couple years, in protest against factory farms—cruel aspects of modern-day society we needn’t sustain. A pig, for example, has the intelligence of a 3-year old child! We wouldn’t confine our dogs to life—let alone a day—in a tiny crate without sunlight, fresh air, or the ability to turn around. I decided that for me, the few moments I might enjoy that bite of bacon wasn’t worth sentencing a sentient being to a lifetime of torture.

Bernie Madoff, of all people, inspired a part of my latest romance, For Money or Love. I wanted to explore the very real question Mr. Madoff’s actions led me to ask: What if the parent you love and admire has engaged in such deceit that your entire world—your career, your home, your family, your social life, your fledgling relationship—will be destroyed if you turn your parent in? Do you do it? Or do you continue enjoying your life of privilege?

A part of me always wanted a sister, so in For Money or Love, I include a relationship between two sisters. My brother, however, is probably happy he only had to deal with one sister. I’m sure I gave him two sisters’ worth of lip.

Speaking of lip, as a teenager, I once pissed off my father so badly that when I refused to open my locked bedroom door, he busted through and splintered the door frame. Filled with adrenaline, I said something like, “Do you feel like a man now? You’re the one who’s going to have to fix that. Good job!” Teenage girls. Oy.

I dedicated FMOL to my late mother. I’d give anything to discuss that choice with her.

I’m incredibly proud of my FMOL character, Jessica Spaulding, who some readers have admitted to falling in love with. I did, too. She’s complex, witty, self-effacing, and more courageous than I will ever be.

So that’s a little bit about me and my new romance, For Money or Love. Thanks for reading!

Authors
For Money or Love 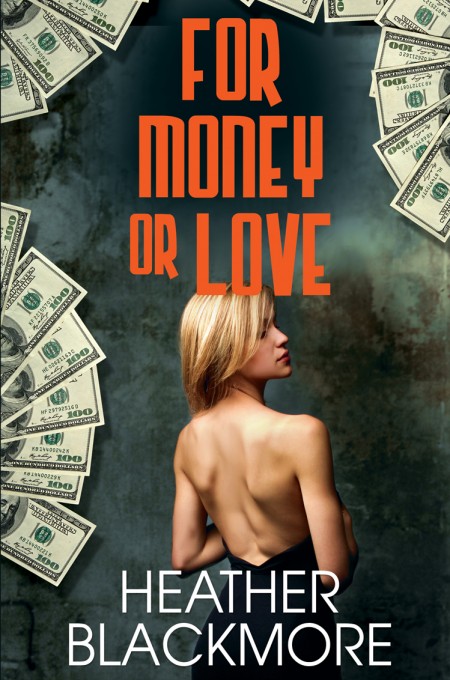 Heather Blackmore: Who Am I?