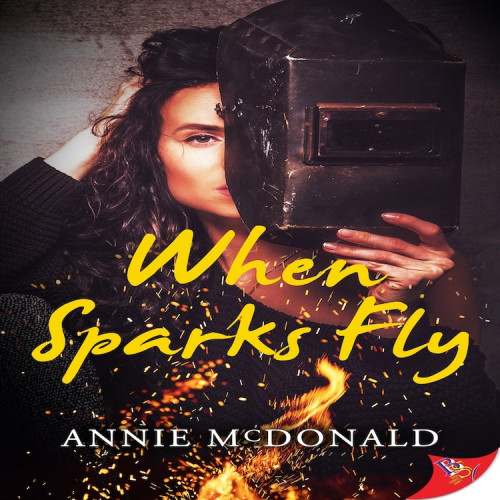 A reader asked during one of Bold Strokes Books’ recent Previews what a writer’s research process entailed when it comes to developing things like a character’s traits and storylines. We ran out of time during that online event, and even though I’m sure it’s different for every writer, I thought I’d share a bit of how things came together creatively for me in my latest novel, When Sparks Fly.

When I cook, I look for inspiration at the Lunenburg Market, or read a Ruth Reichl or Julia Child cookbook. When I write, the sources of inspiration come from the most unexpected places. Take, for example, one of my lead characters in When Sparks Fly, Luca McAffrey. I wanted Luca to have a generous spirit and a strong sense of community, because I find both of those qualities important in all heroes.  She was an elite hockey player with enormous potential in the sport but, after a terrible on-ice incident, was forced to reconsider her future. I also wanted her vulnerabilities to be relatable. Most of us, I believe, have had to renegotiate our paths at least once in our lives.

The first notion of Luca’s fallback profession came about when I was admiring a metal sculpture at my friend Laurie’s. The piece depicts a female hockey player. I played the game, so did Laurie. We both knew and played with plenty who were on the cusp of being elite level, and a few who actually were. She told me that a friend of hers, Jane Longstaffe, created it.

I admit it. I happen to find women in the trades quite sexy. The ones I know have a combination of physical strength, creativity, purpose, and courage. That’s probably what inspired me to leave my cushy corporate job for several years to enroll in college, learn a trade, then establish and run a woodworking proprietorship. Not to be sexy…to be around sexy.  Alas, furniture building is hard work. I didn’t last, but it gave me greater appreciation for women who work in these kinds of industries.

Back to the sculpture.  Knowing nothing about welding, I asked Laurie for an introduction to Jane, and before long, we were road-tripping to Jane’s workshop. It was an amazing day. I took copious notes. Jane was gracious and extremely informative. I even got to help create a pair of iron drapery drawback hooks, complete with ornate maple leaf embellishments. Hardly art, but I still smile when I look at them.

I looked forward to creating a character who welded, though I should tell you that my process of story building usually begins with a Canadian location rather than characters. I needed to make sure that, like an ingredient in a recipe, a welder made sense to both place and story. I knew that When Sparks Fly was going to be set in and around Winnipeg, Manitoba. I’d always admired this city for its ability to unite a history and physical geography rich with conflict and confluence. It struck me that a character whose job literally bonds separate pieces to create something beautiful would fit with the setting and the romance genre perfectly.  In fact, the sculpture that Luca creates in the novel for the museum was inspired by many of Jane’s reclaimed material pieces, which you can check out on her website.

If I needed any more convincing that Luca should be a welder, I only needed to review my notes from that day. Underlined twice was something Jane said to me as I cautiously held one of the hooks I’d made: “You don’t need to be so careful. The actual bond is often stronger than the material it joins together.”

Isn’t that what we all look for in a relationship? 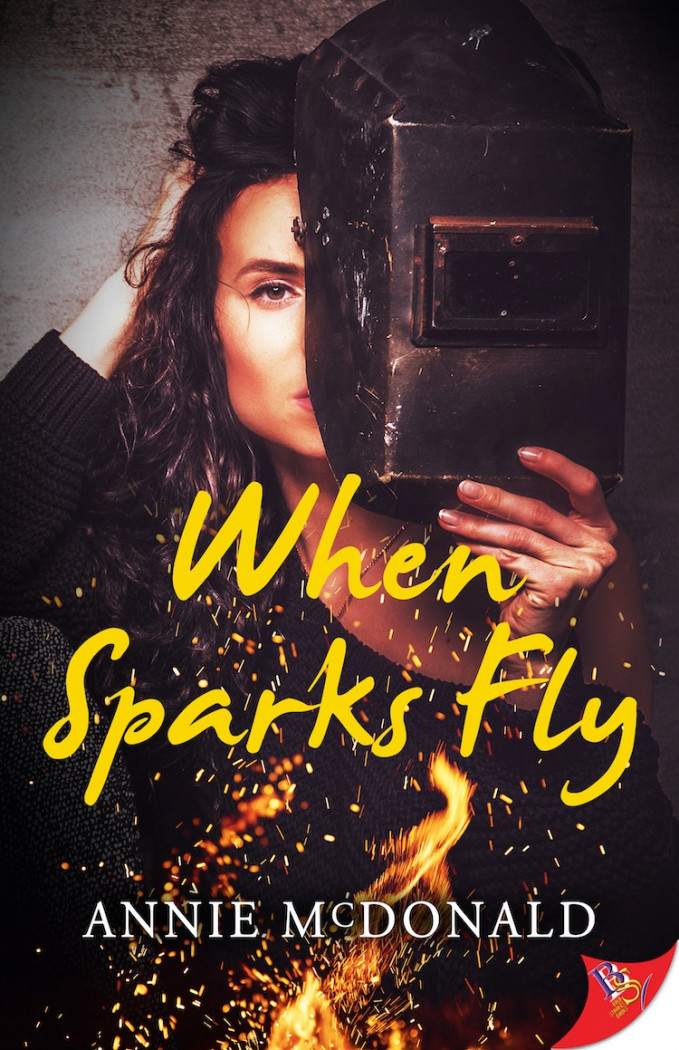