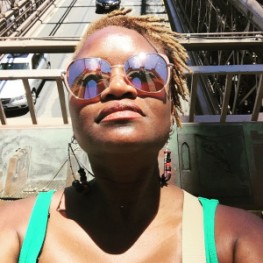 BSB Authors' Blog: The Passion of the Rain Queen

All over the world, people have been gay forever. People have had strong relationships with their own gods and traditions forever. People have loved each other, consensually and passionately, in different incarnations forever. But so much of the history of that time and those people has been erased in favor of a white, heteronormative story of the past when religion and war ruled and everything else not falling in line simply didn’t exist.

When I go back to look for the vibrant past of pre-colonial African countries, it had been largely impossible to find. It’s both disheartening and heartbreaking. There are hints of us here and there. A word passed down through time, surviving pieces of a statue broken by invaders, a great-grandmother who sometimes remembers a couple or three existing peacefully within the community, couples who were married in the important ways and didn’t look like the typical gender pairings.

Truth: The last ruling Rain Queen (of the Lovedu or Balobedu tribe) died in 2005.

Creation: Rain Queens do not live for centuries.

When the Rain Queen’s story came to me, it wasn’t so much an idea as the memory of a piece of historical fact. After reading about the terrible things being done to LGBTQ people all over Africa and the world in the name of gods or guns or simple cruelty, I felt furious and helpless. With the bible in one hand and a sharp machete or gun in the other, monsters (because what else could they be?) were determined to rid the world of people they think shouldn’t belong. People who in reality have always been and have always belonged.

After feeling and crying and wishing for better, I soothed myself by diving into the past to search for signs of us. And I found them. In this under-documented past, there were non-pejorative names for us. There were safe places for us. And, like a certain quote hints at, people across the African continent still had their lands and their beliefs, and no foreign bible telling them their entire lives were wrong.

And so, my new novel, Rise of the Rain Queen, is both an imagining and a re-telling. A conflation of histories and mythologies. A universe of god-like beings, strong women, and people who love despite the rules or the odds.

In the novel, Nyandoro is a spoiled and well-loved daughter with big dreams that include wooing and marrying one of the most beautiful women in the village, a woman who is already married to a wealthy elder. Through the strength of her will alone, Nyandoro eventually gets what she wants, but these realized desires shatter her life in ways she never expected. Her life changes. She changes. Though the novel is set in the 14th century Tanganyika region, Nyandoro’s aspirations—for wealth and companionship, to make a positive mark on the community—are things we can all empathize with. Who hasn’t seen injustice in the world and wanted to correct it? Who hasn’t yearned deeply and keenly for the unattainable? Who hasn’t loved?

I like to think Nyandoro’s story is both mundane and extraordinary. She wants, just like we do. She is impulsive, is awed by beauty. Gets taken in by temptation. Like any human placed on this earth, she deserves a chance to live and to make her world a better place. She is us.

I hope you enjoy her story.

To learn more about queer life in different African societies before now, read Boy Wives and Female Husbands by Stephen O. Murray and Will Roscoe.

To learn more about Rain Queens of the Lovedu people, start here: http://bit.ly/297hQJW

To read more about Nyandoro, see her short story “Kiss of the Rain Queen” in my story collection, When She Says Yes.

My novel, Rise of the Rain Queen, is available now.

Authors
Rise of the Rain Queen

BSB Authors' Blog: The Passion of the Rain Queen