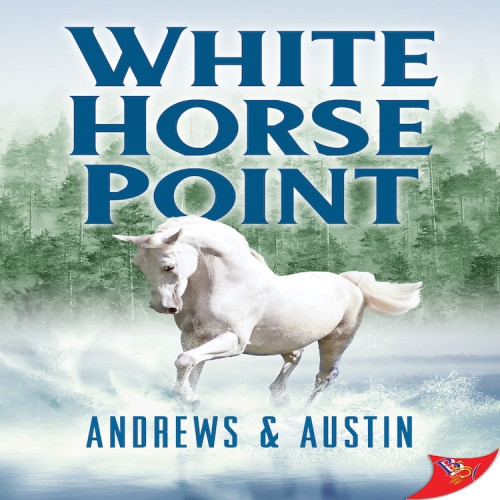 Andrews:  People often ask where we’ve been and why we stopped writing. During the past decade I was CEO of a national company, and Austin was running our ranch. Our lives were packed. I wrote a lot of industry articles and gave a lot of speeches, and together Austin and I wrote a political book entitled Grab It Back! Equality, Money, Power & Sex under our real names. Grab it Back! was Austin’s title.

Austin: The title was inspired by my anger over Trump’s comment when he was running for office and said women will let you “grab them by the pussy.” Anyway, we of course offered the book to BSB first, but it’s not their genre so Sapphire published it for us. The book talks about our careers starting in the 1970s and what we learned.

Andrews: What we learned over decades of working in various industries is that society mobilizes money, power, and sex to keep women, lesbian and straight, unequal and on a short leash. Anyway, during our romance-writing absence we were doing speaking engagements about women and equality, and women and leadership. So we never stopped writing. We were just writing something other than novels.

Austin: And because women are under such attack, we created a blog called bossmaresart.com about women, horses, equality, and art. (A boss mare is an older, wiser female horse with the most common sense.) We still post on Mondays and Thursdays. Andrews is compelled to write...I’m less so, primarily because I can’t sit still. You can put her in a corner with a computer and find her there eight hours later. I have to pace, multitask, and deliver stream of consciousness.

Andrews: Constantly, stream of consciousness. She has to watch TV, surf the Net, play games on her iPhone, and talk--all at the same time. She’s also psychic, which adds to the writing challenge. I read every word, overanalyze every action, and then demand she do the same. She won’t. We argue. And then she says, “I can tell you without reading it again, that the entire first chapter has to be rewritten.” Of course, that was my unspoken question and why I wanted her to read it again, but she doesn’t have to...she just knows. Nonetheless, we work exceedingly well together.

Austin: We do! We’re often asked how we split the writing up, as if we’re each taking turns writing a chapter or something like that. My family and I are into astrology, and there are astrological reasons why we’re a strong writing duo. Andrews is the wordsmith with the clever dialogue and turns of phrase. I am more the emotional monitor. Does this feel real? Would she say that? Why would she do that? Our Mercuries trine each other to the exact degree in a fire sign, which means our thought processes work along the same lines. We’re mentally quick being in a fire sign, and of course we can have the occasional dustup. But nowadays, flare-ups quickly turn to laughter, versus when we were younger and used to slam doors and lay rubber out of the driveway. A waste of energy. But we do have our styles. I have to get things done around the ranch before I can squirrel in and focus on the book we’re writing, and she wants to be on it all the time.

Andrews: Austin would rather be out working the land or playing with her horses, or overseeing her workers, or determining if the grass will make great hay, or checking the weather for storms, or on and fucking on. I tend to want to paint horses or write about them, or read and think and daydream.

Austin: When Andrews sold her company and began doing C-suite consulting, helping women executives with issues like risk-taking, owning their power, and innovating, she was working from our ranch office, so I knew it was only a matter of time before she’d start thinking about writing romances again.

Andrews: Ranches are romantic places. If you have a sexy ranch partner, which I do. I have no ulterior motive with that comment. Well, actually maybe I do.

Austin: Thank you. BUT we’d agreed no writing another novel until one of our books was made into a movie. And that hasn’t happened…yet. Besides, everyone loved Summer Winds, so I thought that was a good place to put a pin in it.

Andrews: Our team and dear friends, editor Shelley Thrasher and former publicist Connie Ward, would occasionally tell us another fan had asked about us and when we were going to write again. Connie in particular would find ways to work the question into a conversation. You could tell her a blizzard was on its way, and she’d say it was the perfect time to start writing again. This went on for years!

Austin: And I admit, I was a little push-pull. I’d say I didn’t want to start another book, and then I’d read Andrews the emails from readers who liked our work. To be truthful, I didn’t want us to write because she disappears into the work. There’s no balance. It’s all about the book. But that improved when she moved into the ranch office and we were together all the time.

Andrews: Yeah, you were looking for ways to get rid of me!

Austin: Not get rid of you, just refocus you. You make the ranch workers crazy because you act like you’re at your office and want everything done in ten minutes.

Andrews: And you start a conversation in the spring with some country boy, and you’re still standing there when the snow falls.

Austin: And they would do anything for me.

Andrews: True. I guess the turning point for me was in 2019. There was a posting from a reader who had just read Summer Winds. In part she wrote, “This is a slow burn romance cram packed with sexual tension and mild conflict. And a chapter and a half of the most intense angst I have ever read…the emotional pain so intense my chest hurt, and my jaw ached from clenching through every word. But it was so well written I didn’t care. At the end of it, I almost felt scrubbed clean from the inside out.”  I sat still reading it again and again and realized for the first time that what we wrote might matter to someone. I sent it to Shelley and Connie, saying that it had really moved us. They phoned that night just to chat. Shelley, of course, liked the posting, and Connie said, “So when are you starting your next book?” I told her we were working on it. I was working on it in my head, actually, but Austin gave in, and we dove back into romance writing with renewed exuberance.

Austin: We wanted to write another ranch love story, but we didn’t want it back to back with Summer Winds. Since we were starting over as writers, we decided to write about a woman who found herself starting over. A well-known mystery writer who’d divorced her psychologically abusive husband several years earlier and hadn’t been able to write since then, much to the chagrin of her New York publicist. The publicist sends her to her cabin on the Minnesota/Canadian border to “finish the damned book.” And there she meets the strange and beautiful woman on White Horse Point.

Andrews: Minnesota was a good setting because it’s so beautiful, and I spent over forty summers there in my family’s cabin, so I’m familiar with the lakes and the people and the seasons. Even more so, I had real-life experiences in the woods with things that are in the book, like bear-baiting and encounters with strange men like one of the characters in the book.

Austin: I went to the cabin one summer with Andrews after we first met. Minnesota is so beautiful and romantic. White Horse Point was the right comeback novel for us. It embodies all the genres we like—mysteries, romance, and mysticism. AND we followed White Horse Point with a ranch love story that comes out this summer, entitled Too Hot To Ride. I predict you’ll love it!

Austin: If it’s good it’s good. I think it is. So that’s two new books, and I think we should put any more writing on pause. Andrews has been buried in these two novels for so long, I’m just now starting to see her eyes again.

Andrews: Let’s just say Austin and I are in discussions, or perhaps negotiations, about writing another book. As Connie might say, we’re all in isolation for weeks. The perfect time to write! I guess in closing, I would say, you never know the impact you have on an author by sharing your appreciation for their work. 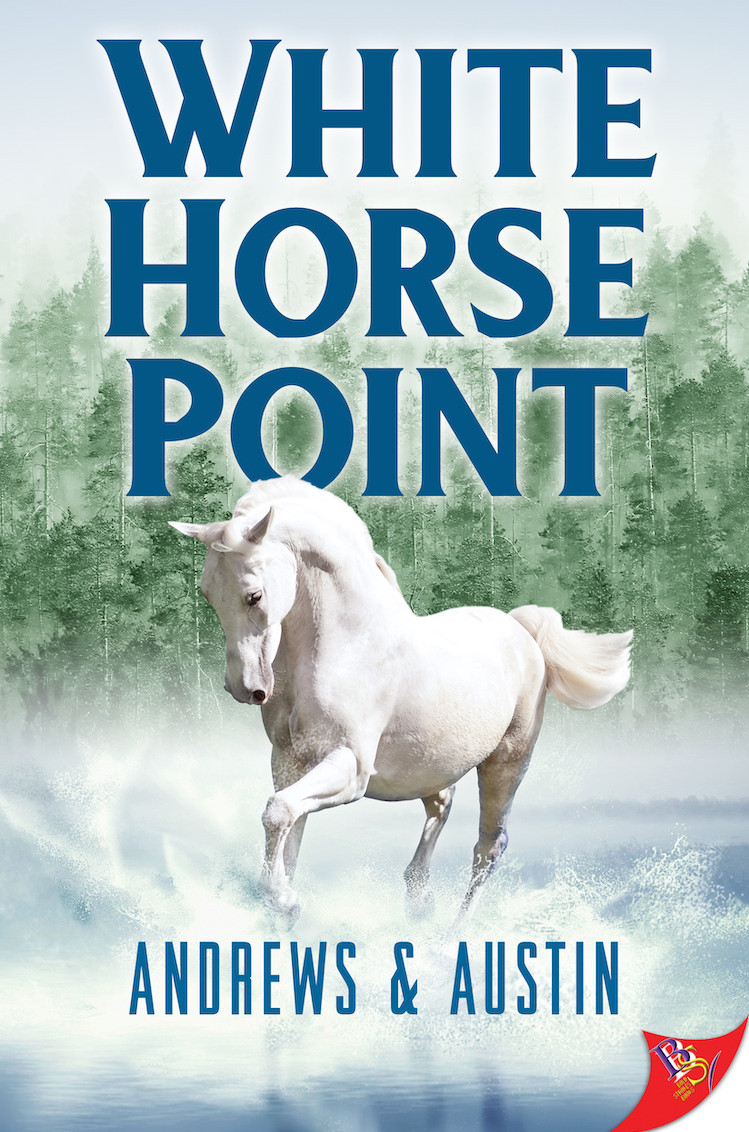