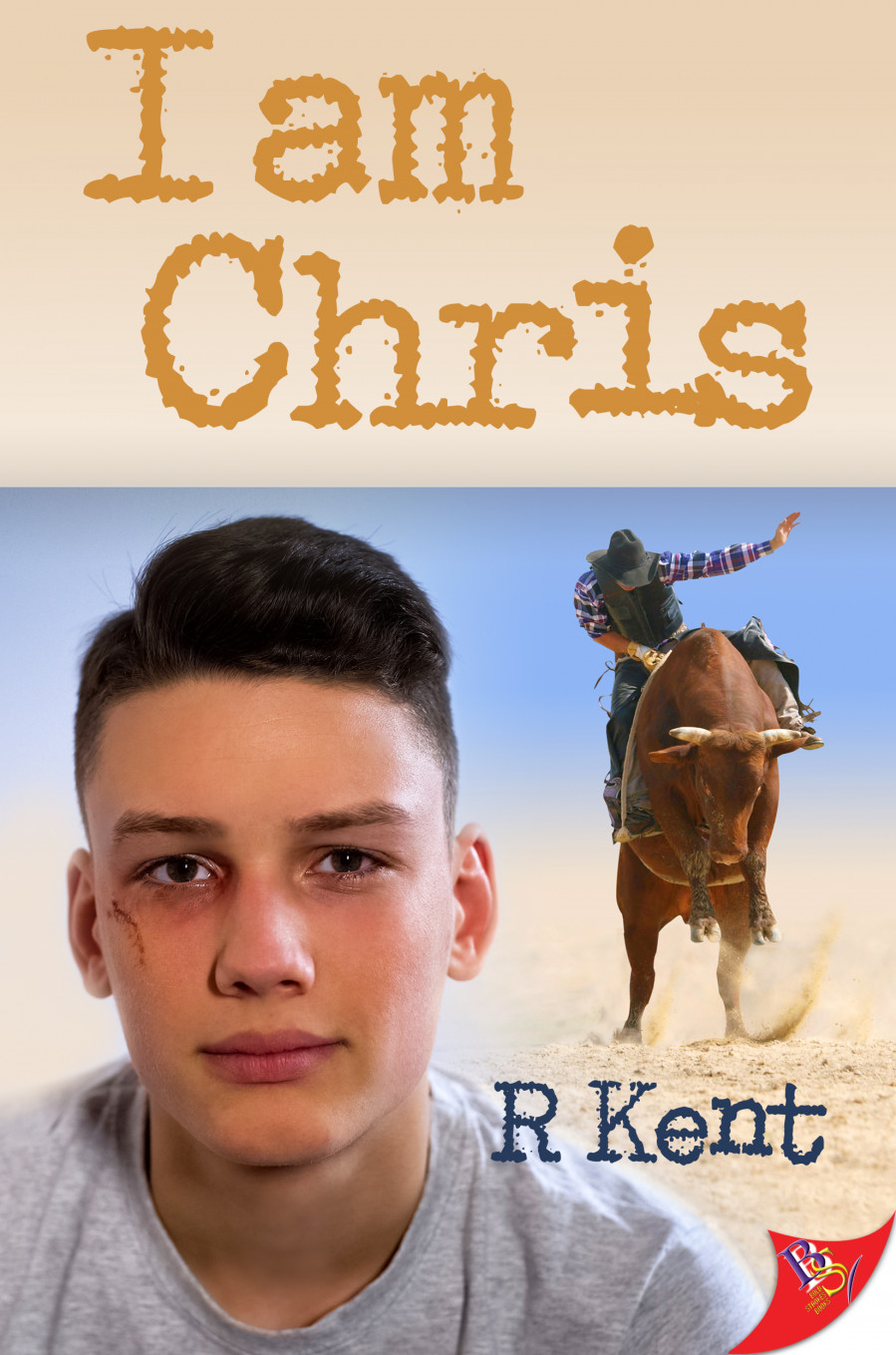 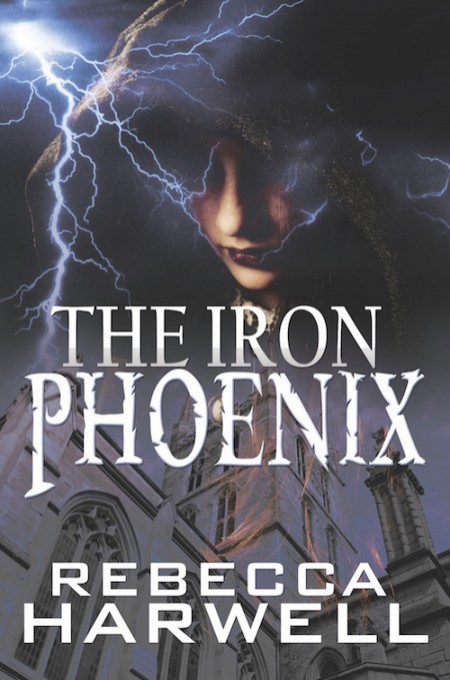 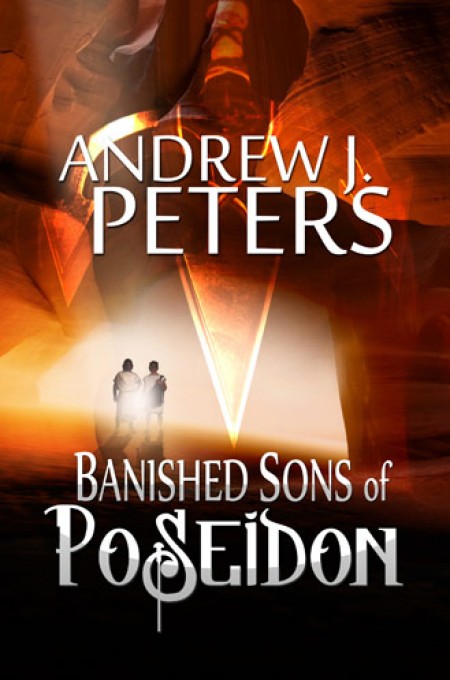 Rivals
Second Chance at Love
Multicultural
Royalty
Other Worlds
Magic
After escaping from a flood that buried the aboveground in seawater, a fractured group of boys from Atlantis squabble over the way ahead and their trust of an underground race of men who give them shelter. For sixteen-year-old Dam, whose world was toppling before the tragedy, it's a strange, new second chance. There are wonders in the underworld and a foreign warrior Hanhau who is eager for friendship despite Dam's dishonorable past.

But a rift among his countrymen threatens to send their settlement into chaos. Peace between the evacuees and Hanhau's tribe depends on the sharing of a precious relic that glows with arcane energy. When danger emerges from the shadowed backcountry, Dam must undertake a desperate mission. It's the only hope for the Atlanteans to make it home to the surface. It's the only way to save Hanhau and his people.
Read more
$7.99 ADD TO CART 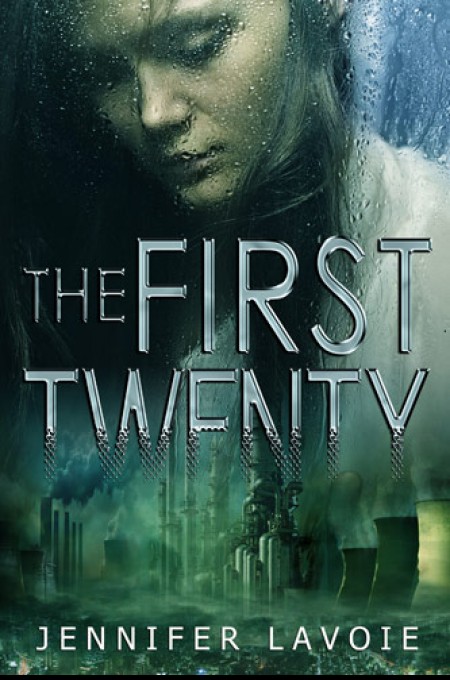 Humanity was nearly wiped out when a series of global disasters struck, but pockets of survivors have managed to thrive and are starting to rebuild society. Peyton lives with others in what used to be a factory. When her adopted father is murdered by Scavengers, she is determined to bring justice to those who took him away from her. She didn't count on meeting Nixie.

Nixie is one of the few people born with the ability to dowse for water with her body. In a world where safe water is hard to come by, she's a valuable tool to her people. When she's taken by Peyton, they'll do anything to get her back. As the tension between the groups reaches critical max, Peyton is forced to make a decision: give up the girl she's learned to love, or risk the lives of those she's responsible for. 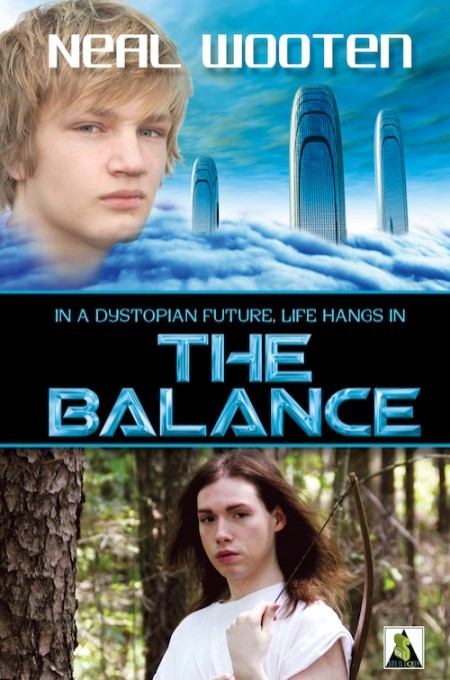 In a dystopian future, life hangs in the balance.

Piri is a nineteen-year-old boy who lives in a technological metropolis that rises above the clouds. But when an accident drops him out of the city, everything changes. At first terrified by the atrocious reality of life on the surface, including surviving gruesome creatures known as Scavs, Piri is soon mesmerized by the bond they have for one another. He also comes to understand his own feelings for Niko, the boy who rescued him.

In the end, Piri chooses love over comfort. But things are never as they seem. When he discovers just how far the city dwellers will go to maintain control, and the horrific truth behind an ancient and secret alliance, he will do everything he can to protect his new familyand disrupt the balance.
Read more
$3.99 ADD TO CART 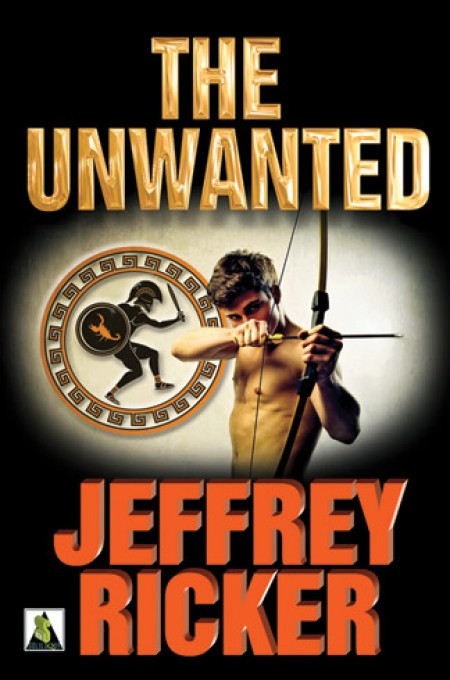 Jamie Thomas has enough trouble on his hands trying to get through junior year of high school without being pulverized by Billy Stratton, his bully and tormentor. But the mother he was always told was dead is actually aliveand she's an Amazon! Sixteen years after she left him on his father's doorstep, she's backand needs Jamie's help. A curse has caused the ancient tribe of warrior women to give birth to nothing but boys, dooming them to extinctionuntil prophecy reveals that salvation lies with one of the offspring they abandoned. Putting his life on the line, Jamie must find the courage to confront the wrath of an angry god to save a society that rejected him.
Read more
$7.99 ADD TO CART 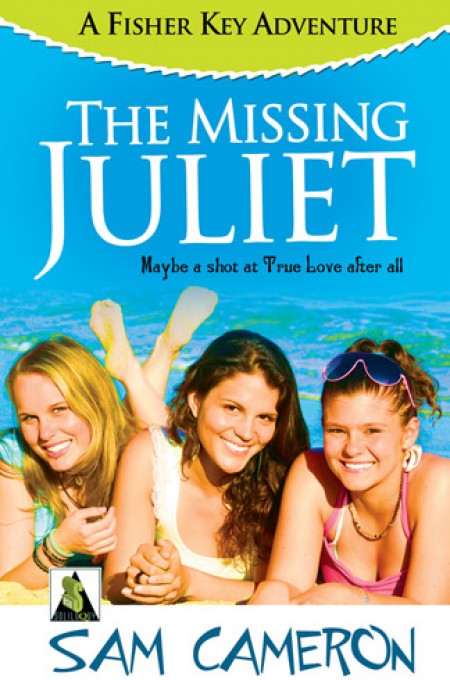 Summer's sizzling in the Florida Keys and Robin McGee should be planning for college. Instead, she's passionately in love with beautiful movie starlet Juliet Francine. Too bad it's a one-way crush shared by millions of others. Robin's better off sticking to her summer job and fighting for the equal treatment of GLTBQ teens everywhere. But when Juliet is kidnapped from a film set in Key West, Robin turns amateur sleuth and recruits her friends to help in the search. Soon the FBI, police, and paparazzi are hot on the case as well. As time ticks down and the ransom notes grow dire, Robin will get just one chance to pull off a Hollywood happy endingand maybe a shot at true love after all. 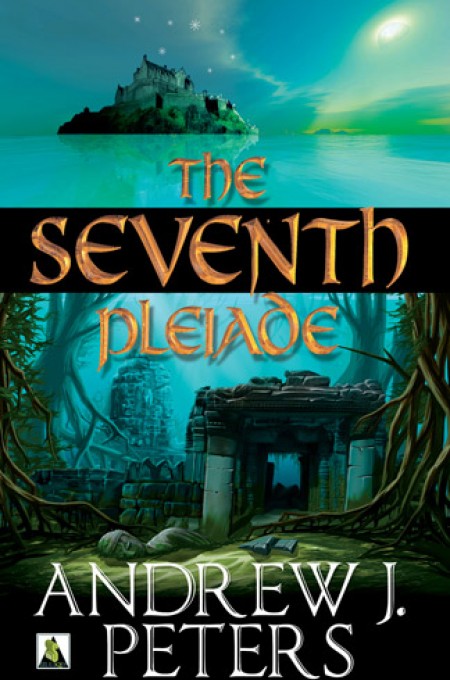 Rivals
Multicultural
Royalty
Other Worlds
Magic
Enemies to Lovers Romance
Atlantis is besieged by violent storms, tremors, and a barbarian army. For sixteen-year-old Aerander, it's a calamitous backdrop to his Panegyris, where boys are feted for their passage to manhood.

Amid a secret web of romances among the celebrants, Aerander's cousin Dam goes missing with two boys. With the kingdom in crisis, no one suspects the High Priest Zazamoukh, though Aerander uncovers a conspiracy to barter boys for dark spiritual power. Aerander's proof an underground vault that disappears in the morningbrings shame on his family and charges of lunacy. The only way for Aerander to regain his honor is to prove what really happened to the missing boys.

Tracking Dam leads Aerander on a terrifying and fantastical journey. He spots a star that hasn't been seen for centuries. He uncovers a legend about an ancient race of men who hid below the earth. And traveling to an underground world, he learns about matters even more urgent than the missing boys. The world aboveground is changing, and he will have to clear a path for the kingdom's survival.
Read more
$5.99 ADD TO CART 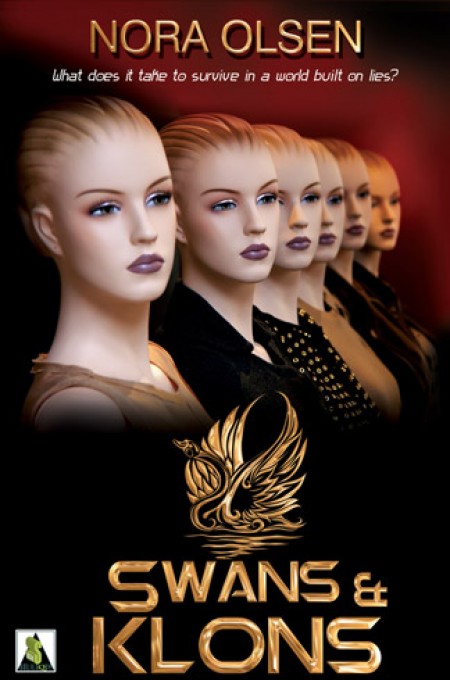 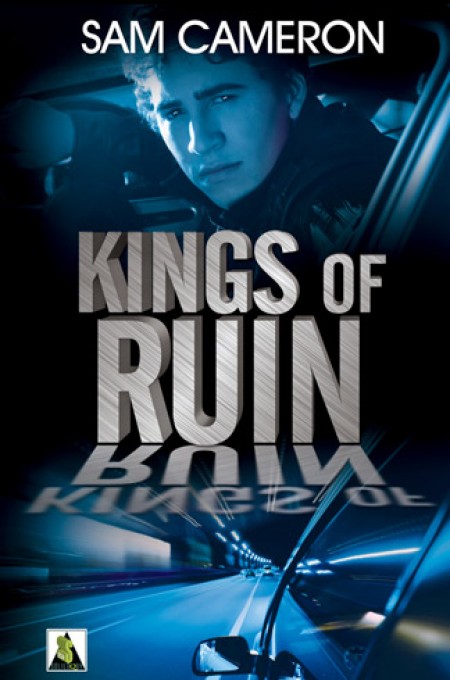 Danny Kelly cares only for rock 'n' roll and fast cars. Too bad he's stuck in the capital of country music and he's banned from driving until he turns twenty-one. Plus he likes other boys, a secret that he's vowed to keep until he graduates high school. When his stepdad's new truck roars off on its own, Danny discovers a secret that is endangering cars and drivers across America. It almost kills Danny, too, until he's saved by seventeen-year-old Kevin Clark. Kevin's gay, handsome, and confident, but working with his dad's secret government organization has left him lonely. It's going to take a weekend of car chases, fiery explosions, and country-western singing to save the citizens of Nashville from certain deathbut can Danny protect his heart and secrets as well? 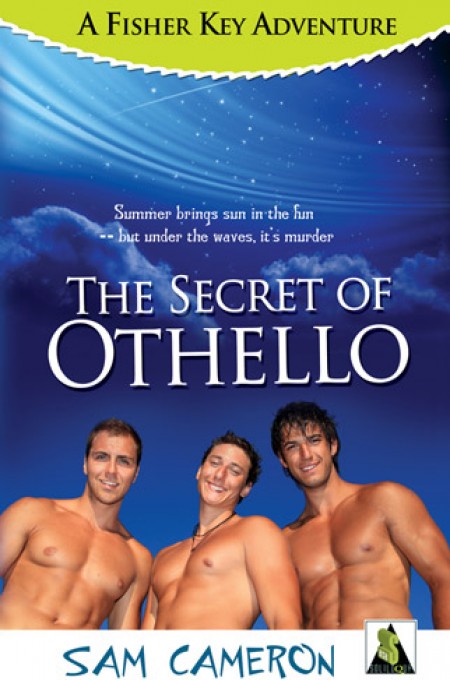 The Secret of Othello

A shooting star streaks across Fisher Key's skies. Natural phenomenon or secret military satellite? For Steven Anderson, any mystery is a welcome distraction. He's vowed to avoid all the island's pretty girls until the SEALs approve his waiver request. Unfortunately his libido--and the girls--have other ideas. Meanwhile, Denny Anderson is busy wooing the boy of his dreams. If he plans things right, he won't be the only virgin entering the U.S. Coast Guard Academy. Too bad every romantic rendezvous is ruined by misunderstandings, interruptions, and pesky tourists. As the days get hotter, the twins are drawn into an underwater race against time, tide, and treason. Suddenly, true love is the least of their problems. Under the waves, no one can hear you scream...Author: Sam CameronPages: 240Pub Date: September 2012ISBN 13: 9781602827936E Read an excerpt 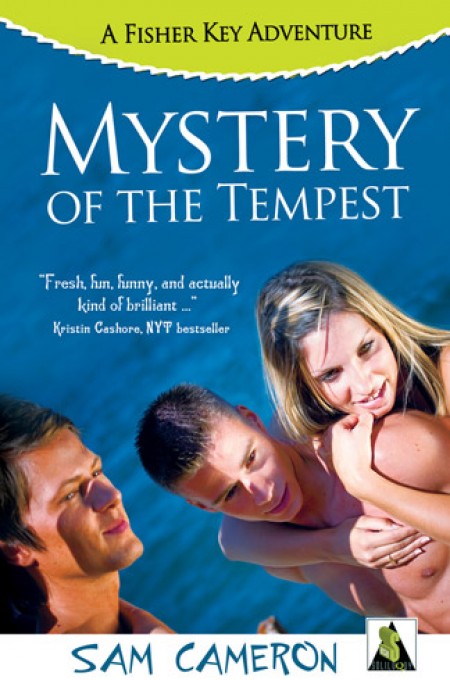 Mystery of the Tempest

Twin brothers Denny and Steven Anderson love helping people and fighting crime alongside their sheriff dad on sun-drenched Fisher Key, Florida. Steven likes chasing girls. Denny longs to lose his virginity, but doesn't dare tell anyone he's gay. Steven has a secret of his own. He lied to everyone, including his own brother, about being accepted into SEAL training for the U.S. Navy.

On the day they graduate high school, the twins meet the handsome new guy in town, a military veteran with a chiseled body and mysterious past. Meanwhile Brian Vandermark, a gay transfer student from Boston, finds himself falling for closeted Denny but hampered by his shyness. When an antique yacht explodes in Fisher Key harbor, all three boys are caught up in a summer of betrayal, romance, and danger. It's the Mystery of the Tempest-and it just might kill them all.